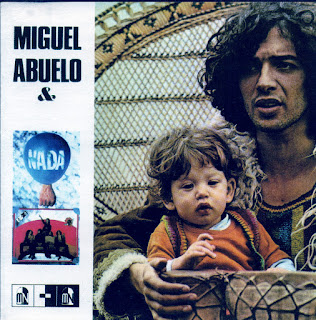 Miguel Abuelo (whose real name is Miguel Angel Peralta) was born in 1946 in Argentina. At age 20 he met the poet Pipo Lernoud and inspired his poetry creates his first rock band called Los Beatniks, with which publishes several singles.

The political circumstances in Argentina beginning 70s Migel Abuelo lead to the fact that he was forced to leave their homeland and move to France. There he meets a patron who offers to finance musical activity Migelya: buy tools, rental of premises for rehearsals, the musicians are gradually.

The first rock band in France Migelya called Hijos De Nada (Children of the Void). Ingredients were recruited from the same immigrants from Argentina and Uruguay, and in 1974 the group made the first record.

The CD was issued in 1975 (according to other sources in 1978), with the other name Miguel Abuelo & Nada, which translates looked very symbolic (Miguel Abuelo and void), because the group has ceased to exist. Poetic images of the tracks are very interesting, here are some translations of song titles: "Throwing stones into the river," "is too long a day for what would live", "Master Butcher" and others. In the fourth composition fragments of poems Persian poet of the XIII century - Rumi. The final composition with choral effects very clearly felt the impact of Uriah Heep. In the 80s Miguel resumed musical project with this name, but with other musicians, wandering through Europe and moved permanently to Spain.

Unfortunately, even while he was terminally ill. March 26, 1988, he died in hospital from AIDS.
The only full-fledged album, the remainder of its activities, perceived at one go, and is considered one of the best in the Argentine rock music. 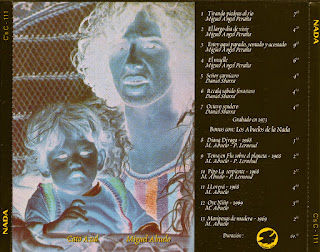