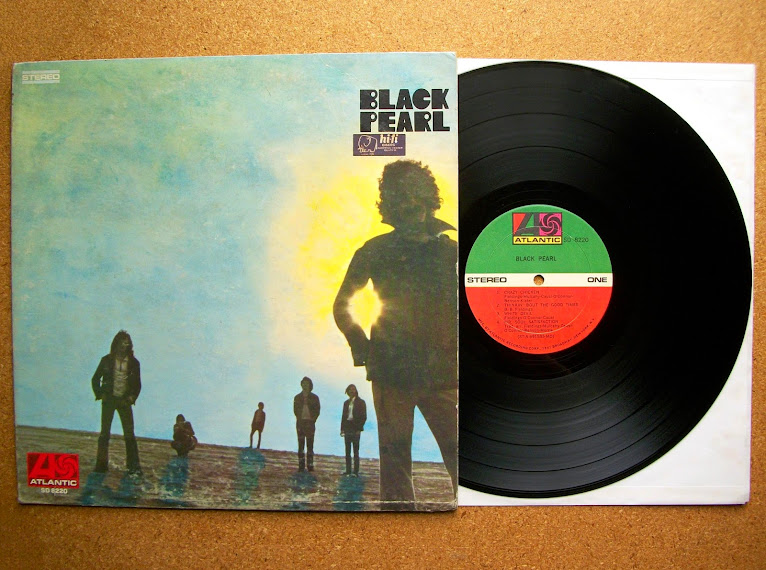 Black Pearl was a Boston band. Well, ultimately San Francisco-based, but originally from Boston and their backstory is one of those classic gems you love to uncover when doing musico-archeology. Black Pearl was Bernie “B.B” Fieldings (vocals), Oak O’Connor (drums), Tom Mulcahy (guitar), Geoffrey Morris (bass), and Jerry Causi (guitar) and Bruce Benson (guitar). Morris, Causi and Benson had been members of the Barbarians, a mid-‘60s garage band from Cape Cod noted for a couple of reasons.

They had longer hair than most bands at the time (which was still a big deal in the mid-‘60s), and their drummer, Victor “Moulty” Moulton, played with prosthetic hook, having lost his left arm in an explosion at the age of 14. He actually held one of his drumsticks with the hook!

And, not only that, the Barbarians wrote and performed a rather melodramatic (albeit slightly humorous) song chronicling the drummer’s life and loss But the Barbarians were perhaps best known for their appearance in one of the first rock concert movies, The T.A.M.I. Show, with such big-timers as James Brown, Chuck Berry and the Rolling Stones, as well as their chart hit “Are You a Boy or Are You a Girl?”

Black Pearl was formed in 1967 after Moulty refused to travel to Boulder, Colorado for a two week engagement, and Morris, Causi and Benson recruited a new drummer (O’Connor), plus Mulcahy and Fieldings. Initially based in Boston, they relocated to San Francisco shortly after forming.

They released two albums, Black Pearl in 1969 and Black Pearl – Live! in 1970. Lester Bangs doesn’t have as high an opinion of the second album, but here are all the tracks from their self-titled 1969 debut and it’s pretty much exactly as Bangs described. In a word, awesome! 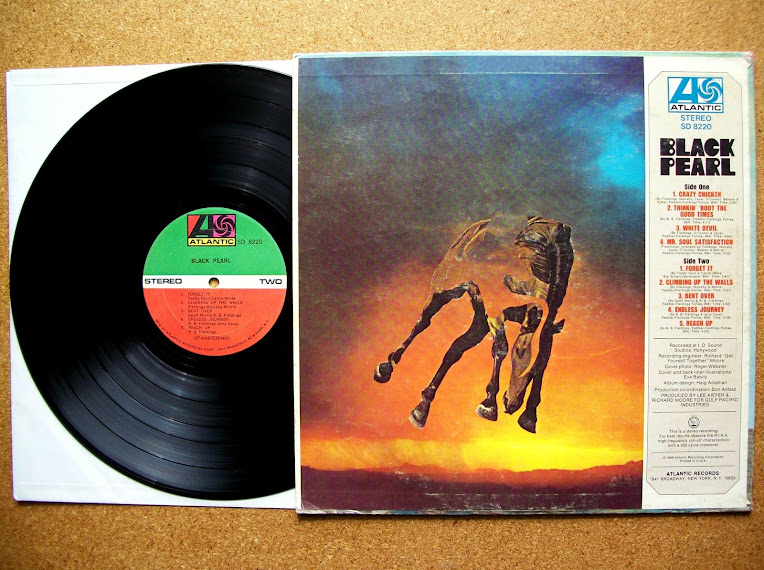