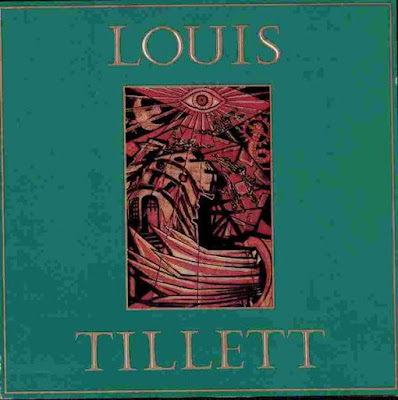 Lyrics By, Music By – Allen Toussaint

Absolutely one of the albums I love the most!
It was the subject of my first post in vinyl, about 8 years ago, a crap, on an Australian blog which unfortunately I don't remember the name and in any case the site has been closed for years, which I am very sorry.
I tried looking for it on the web, but I can't even find it in CD ...
A wonderful album with a unique and inimitable sound, with the superb voice of Louis, who sometimes duets with Penny Iskinger.
Part of me from the first listening that took place shortly after its release in 1987.
While The Beatles bullshit their fans with the reissue of a toilet like Let It Be, just two good songs, turning over half an hour of discard into 5 CDs that sound like shit, for about 400 minutes of totally useless stuff , artists like Louis and Plan 9 are relegated to a small audience through their mouthwatering bandcamps and even on YouTube no one claims the rights.
About Plan 9 I uploaded the new rip of this wonder: http://bordeldorock.blogspot.com/2017/12/plan-9-plan-9-1984-vinyl-16-48-new-rose.html
Go visit: https://louistillett.bandcamp.com/music
Dig it!
rawkin' dog