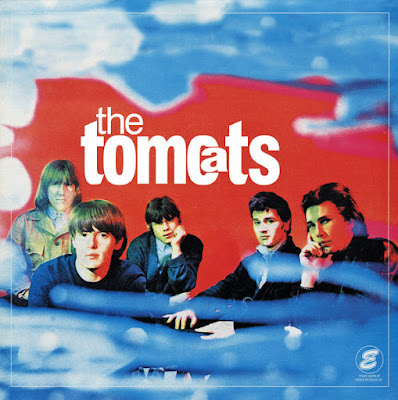 The Tomcats were a London-based quintet (originally named The Thoughts), who, in turn, were formed out of the remnants of a skiffle band called the Playboys. Among those passing through one early line-up of the Tomcats was John 'Speedy' Keen, who played drums in the band. The group didn't have any significant success in England, but in 1966 they accepted an offer to perform in Spain with what proved to be their final line-up, which was drawn from a band called Second Thoughts. They were a hit in their live performances in Spain and suddenly found an eager audience for their music the band charted four EPs of material that ranged from covers of contemporary hits ('Paint It Black' etc.) to Spanish language songs. The group returned to England in 1967, and, keeping the same line-up, altered their sound and their name to July. The final Tomcats lineup, which evolved out of an unrecorded band known as the Second Thoughts, found some success in Spain when they went to play a series of gigs in Madrid in 1966. They returned to England in 1968, the group's lineup consisting of Tony Duhig on guitar, John Field on flute and keyboards, Tom Newman on vocals, Alan James playing bass, and Chris Jackson on drums, and changed their name to July. The band lasted barely a year, leaving behind one of the most sought-after LPs of the British psychedelic boom (on the Major Minor label in England, and Epic Records. (https://www.green-brain-krautrock.de/index.php?page=artikeldetailanzeige&showFullDescription=Yes&language=german&pageRestorePosition=1&id=19940)

The Vinyl, 7 ", 45 RPM, EP attached to the album, not mentioned in the notes, is really excellent, especially if it seems dated 1964