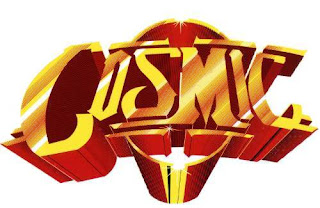 This cassette was mixed and recorded in 1980 at the Cosmic disco in Lazise, ​​Italy, where they alternated with Daniele Baldelli & TBC (Claudio Tosi Brandi). In 1979 18 cassettes were released, in 1980 (where the numbering starts again from zero until the establishment was closed in 1984) from memory 23 and in 1981, again from memory, another 31 (in formats C60 and, a little more rarely, C90) , which were sold to the public during the evenings! From 1980 at the Cosmic the contamination of the "disco music" with rock and other genres began, creating the so-called Cosmic Sound that has indelibly marked both the discoteque and the excellent DJs of his team in the hearts of the fans. Subsequently the contamination touched the electronics, especially the German one.

The search for titles and performers of the tracks, often unknown given the excellent research by DJs, was spasmodic by everyone.

Even in Italy the C O S M I C M A N T O V A site was active where the searches of the fans were carried out, all in collaboration.

I have almost all the titles thanks to my friend Fausto, whom I thank from my heart!

What good times, young people, little money, we used to alternate between friends to buy these tapes and then one of them duplicated for the others (I made a lot of them)

To learn more, type: Cosmic (disco) and go to Wikipedia.

Unfortunately I can't upload my files, which are too big, on Youtube, you have to accept those already present ...

I greet Daniele Baldelli who for over 7 years has not had the opportunity to see him and to dance and jump with his mixes!

Perfect music for the summer.

Part of my heart even though I never went to Cosmic!