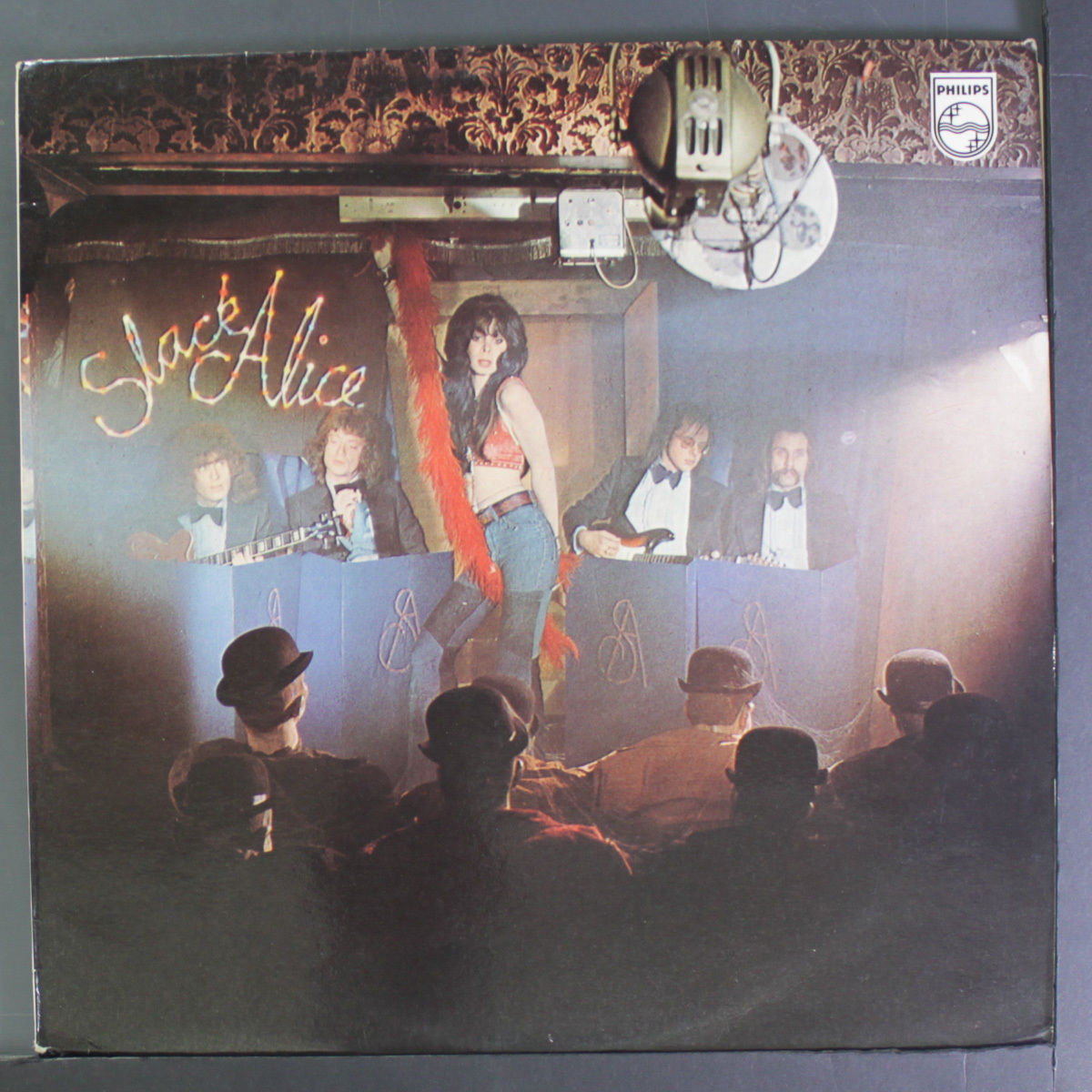 Straight-ahead rock'n'roll'n'rhythm'n'blues'n'boogie band from England, of which little is known today, except that they've London based and are not to be confused with another Slack Alice from the North, fronted at one time by Cliff Stocker.

Stylistically, it's very similar to Vinegar Joe with Alice Springs' vocals quite comparable to Elkie Brooks' (and Maggie Bell's, of Stone The Crows). When they rocked they really rocked: the opener, "Put Me On The Railroad" and "Mama's Gonna Boogie" are instantly reminiscent of Vinegar Joe's "Proud To Be (A Honky Woman)", although the tempo's different, and the closer of side A, "Slack Alice", is a real showstopper - a bluesy, vaudevillian Hollywood nostalgia piece that's well worth the price of admission alone (not unlike Sensational Alex Harvey Band's "Soul in Chains" and "Framed").  Side B of the record is a bit more subdued but by no means substandard; the opener here, "Mr. Sharpshooter" is also a hard-nosed boogie-rocker of the "they don't make 'em like that anymore" variety.

Well worth digging up, overall, although it's doubtful if this lone album will ever see the light of day on CD. 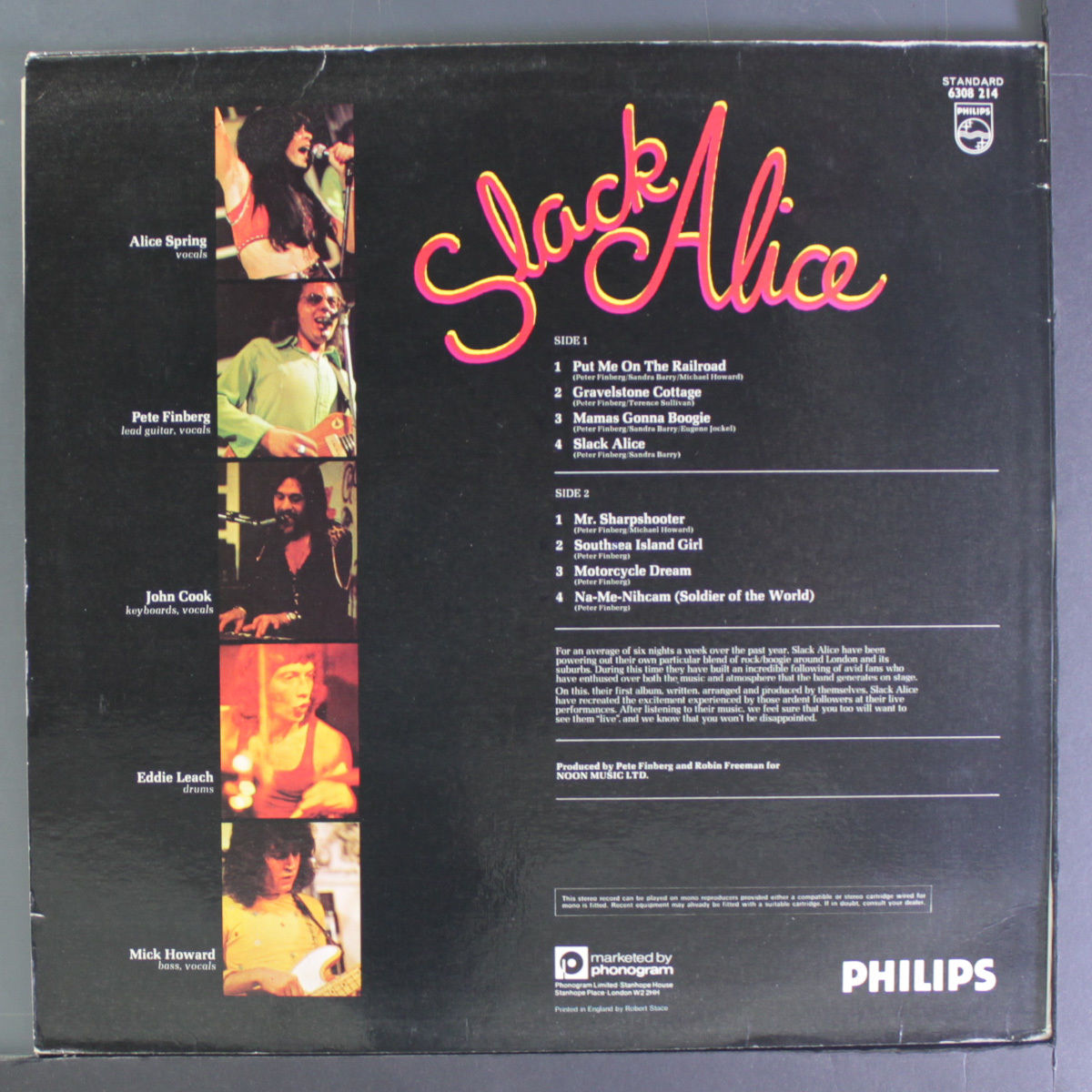