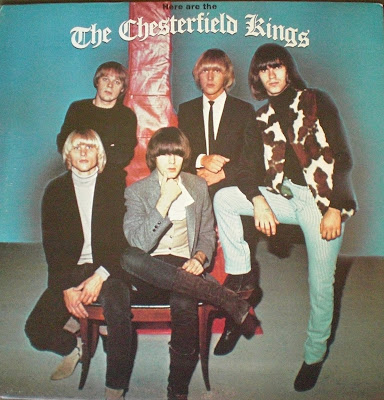 The first 3 albums of The Chesterfield Kings are three absolute masterpieces, only released on vinyl, which should not be missing, along with the compilation Night Of The Living Eyes (also published in CD format), in every discography of every rock music fan.

When, about 35 years ago, I met this real manual of the sixties garage, on 14 songs not even half of the titles were known to the rock audience, while the others were a mystery that made the archivists crazy, like the rawkin 'dog.

On Discogs, which is a very complete archive but where, obviously in such a gigantic database, there was a wrong title and inaccuracies about the authors of the original songs, so after the tracklist I added the original interpreters with the relative year of first publication.