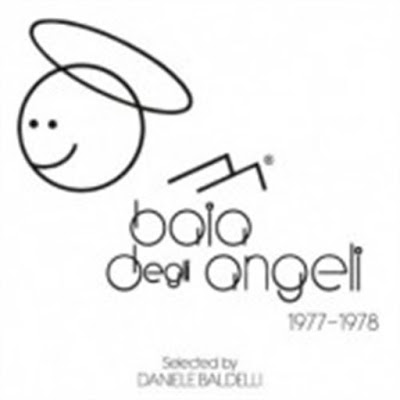 This precious jewel came out (only in double vinyl and limited edition) on the occasion of the twentieth edition of the "Remenber Baia Degli Angeli" (June 16, 2018), in Italy, on a hill above Gabicce Mare at the Baia Imperiale dance club, a long evening dedicated to the memory of sound of a local that in 1975 to 1979 was the master in the disco music of excellent quality, the Baia Degli Angeli (to know more, go to Baia Imperiale Wikipedia).
The DJ protagonist of the evening is Daniele Baldelli, who is also the selector of the tracks that make up this double white vinyl, which in 1979, at the end of the Baia became the star of the Cosmic disco club in Lazise, ​​also in Italy, and invented the "Cosmic Sound", where in the mixes he alternated the classical disco funk with the most disparate genres, among which very rock, which made him cult and international fame. (also for him I refer you to Wikipedia, I wouldn't write things wrong).

The 12 songs, some very rare, all very long as in the tradition of the 12 inches of the genre, are all of an indescribable delight.

The song that most reminds me of Daniele, I'm over 6 years old that I'm not going to dance his great set, it's Sweet Dynamite by Claudja Barry, on this occasion in a really wild dress.
The only song that I didn't know is Let's Get Together by Pam Todd & Love Exchange, which at first listen did not really convince me and instead, after a couple of plays it became a must!

To stay on the disc / funk topic: I added a new link with a new rip to Larry Levan - Larry Levan Live At The Paradise Garage - 2000 https://bordeldorock.blogspot.com/2017/12/larry-levan-larry- levan-live-at.html

This is for my ears and I hope for yours too!