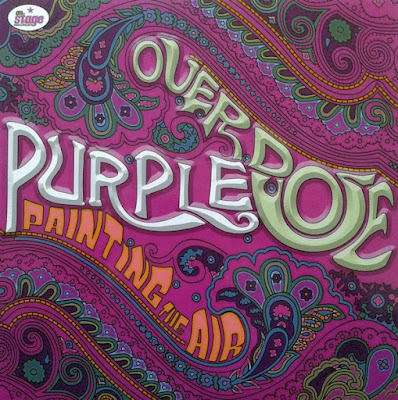 All tracks recorded late 1989 except track "Still Ill" which recorded on November 4th, 1987.

Purple Overdose is one of my favorite bands. I had read about their first LP, Exit # 4 about 30 years ago, but I had never been able to get it.

Fortunately, a few years ago, thanks to the wonderful discography of my friend Leo and the perfect rips (you can find them on a well-known Russian torrent site) of his vinyls by another friend, Frank, I managed to get to know a fantastic band in all and for all, of which I now have practically all of their vinyl and CD production.

This compilation, also released on CD the following year, according to me recorded by the vinyl and not from the original master, for example there are 2 defects on the A3 track that I could not find to clean them that there are also in the digital version that has several clicks ..., a rip of poor professionalism.

The compilation includes 5 tracks from their second album Indigo, 1 from a single and 3 songs that appear in their albums only in live version.

Now part of my heart. Thanks Leo & Frank!