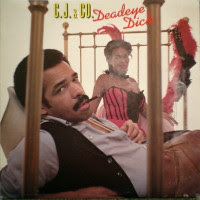 The two albums by C.J. & Co are among the best of the genre, formed in 1977 by the great Dennis Coffey and Mike Theodore, they have never been reprinted, except an unofficial CDr of the debut, Devil's Gun. The post is of their second album, of extraordinary beauty, like the first one.

I will never get tired of praising the high-class disco music that I have known at the outset and which I find suitable for all the moments and situations of life.

Dedicated to Bob & Tom, my beloved ones American DJs from 1975 to 1977 at the Baia Degli Angeli (Bay of Angels), the myth of Italian clubs.