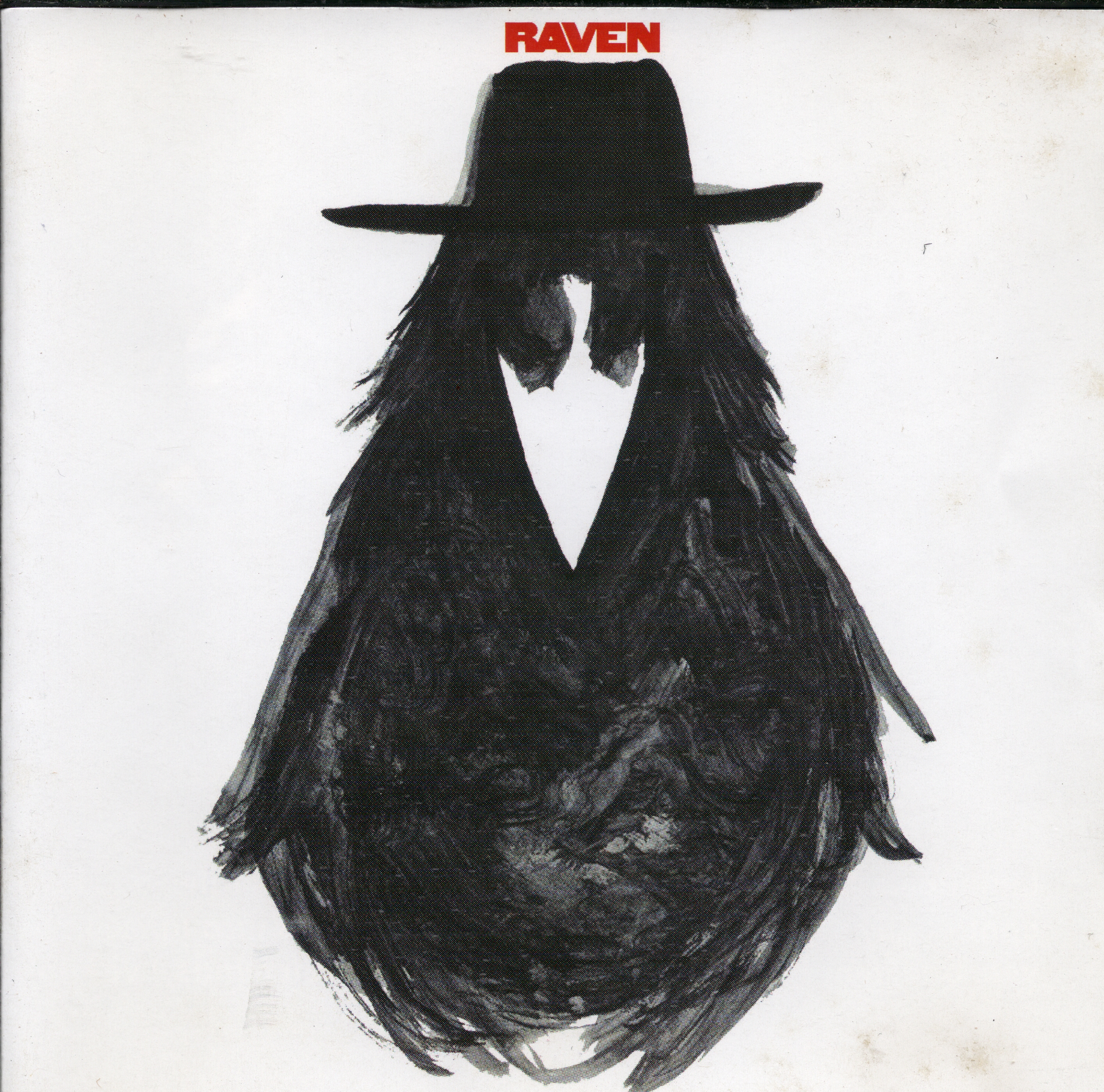 Raven was first discovered internationally by then Beatle, "the late George Harrison." In 1968, Harrison was sent a live tape recording ("Live at the Inferno") of the band by Raven's personal manager, Marty Angelo.Harrison liked the tape and sent a telegram to Angelo expressing his desire to produce Raven for the Beatles newly formed record label, Apple Records.Harrison's interest in Raven is mentioned in a Beatles' tell-all book entitled, The Longest Cocktail Party. Angelo writes more about his experiences with Harrison and Apple Records in his book, Once Life Matters: A New Beginning.Raven eventually moved from Buffalo to New York City in 1968 and became the house band at Steve Paul's Scene.They also made appearances in numerous venues throughout the Manhattan area such as:Bill Graham's Fillmore East, appearing with Procol Harum and The Byrds.Andy Warhol’s and Lou Reed's legendary Electric Circus appearing with the Chambers Brothers and free speech and anti-war activists, Abbie Hoffman and Jerry Rubin.Weisglass Stadium appearing with The Rascals, Savoy Brown, and Albert King.The Singer Bowl Music Festival appearing with The Paul Butterfield Blues Band and Muddy Waters.Hunter College appearing with Chuck Berry and Terry Reid.Village Inn - appearing with Spooky Tooth.Steve Paul's Scene - various appearances.The Revolution - appearing with Jethro Tull.Ungano's Nightclub - various appearances.Woodstock Sound Festival - Woodstock NY.Producer/Songwriter David Lucas - helped Raven in its initial quest to secure a major recording contract.Lucas produced a recording session at A & R Studios in New York City with the newly formed Raven in 1968. The tape from that session later helped Raven secure a recording contract with Columbia Records.Raven's New York music attorney Miles Laurie represented many successful people in the entertainment industry, including artists such as Ray Charles and Barry Manilow.Before Raven signed a recording contract with Columbia Records in 1969, Laurie set up a special meeting with Michael Lang, one of the co-founders of the 1969 Woodstock Music Festival. Lang wanted to produce Raven and offered the band a spot on his upcoming music festival but only if they first signed a production contract with him.Raven quickly turned Lang's offer down. The band felt they had a very good reason.Raven had played at the "Woodstock Sound Festival" in 1968 in Woodstock, New York. Raven was one of the only electric bands on the bill.The organizers of 1968 "Woodstock Sound Festival" made Raven wait until the very last minute of the festival before they were allowed to perform. Once Raven hit the stage, they were booed and disrespected by the strictly folk-music oriented audience.Raven members felt it was not worth signing a production contract with Lang just to be a part of his upcoming ’69 music festival.Raven became so popular amongst established musicians that even English bands coming to the United States asked for Raven to open their shows. Led Zeppelin and Jethro Tull were two such groups.Led Zeppelin's lead guitar player, Jimmy Page stated after a gig they did together in Boston, "Raven's John Weitz is one of the best guitar players in the world."Raven also turned down an offer from producer Lewis Merenstein, famous for his work with Van Morrison. Merenstein eventually hired original Raven members, pianist "the late Stan Szelest," guitarist Ernie Corallo, and percussionist Sandy Konikoff for his production of Garland Jeffery's album, Grinders Switch.Columbia Records' distinguished producer, John Hill was influential in signing Raven to a recording contract. Hill took a special interest in the band and produced their first and only album for Columbia.Raven did record extra songs during their production sessions with Hill. However, those songs were never released because the group disbanded before a second album could be completed.Ira Blacker, a popular booking agent working for Associated Booking Corporation and attorney Miles Lourie, also helped solidify Raven's deal with Columbia Records."The late Bill Graham" (Fillmore East) and Steve Paul (The Scene) played a special role by believing in and booking live appearances of Raven before they even had a major recording contract.Raven toured England in 1969 and performed at Lyceum Ballroom, Marquee Club, Roundhouse, Bath Pavilion, and various concert halls.The band split up in late 1970 due to personal reasons, walking away from five-year contracts with manager Marty Angelo, Associated Booking Corporation and Columbia Records.Angelo did make one last-ditch attempt to keep Raven together. He was not willing to accept the fact that such an outstanding group of musicians were disbanding because they could no longer personally get along.Thinking that making more money might solve Raven's problem, Angelo negotiated a highly lucrative production agreement with "the late Tony Stratton-Smith".Smith was the creator and chairman of the board of Charisma Records, one of the most influential independent record labels in England. Unfortunately it was too late, Raven members turned down Smith's offer to instead pursue individual careers. 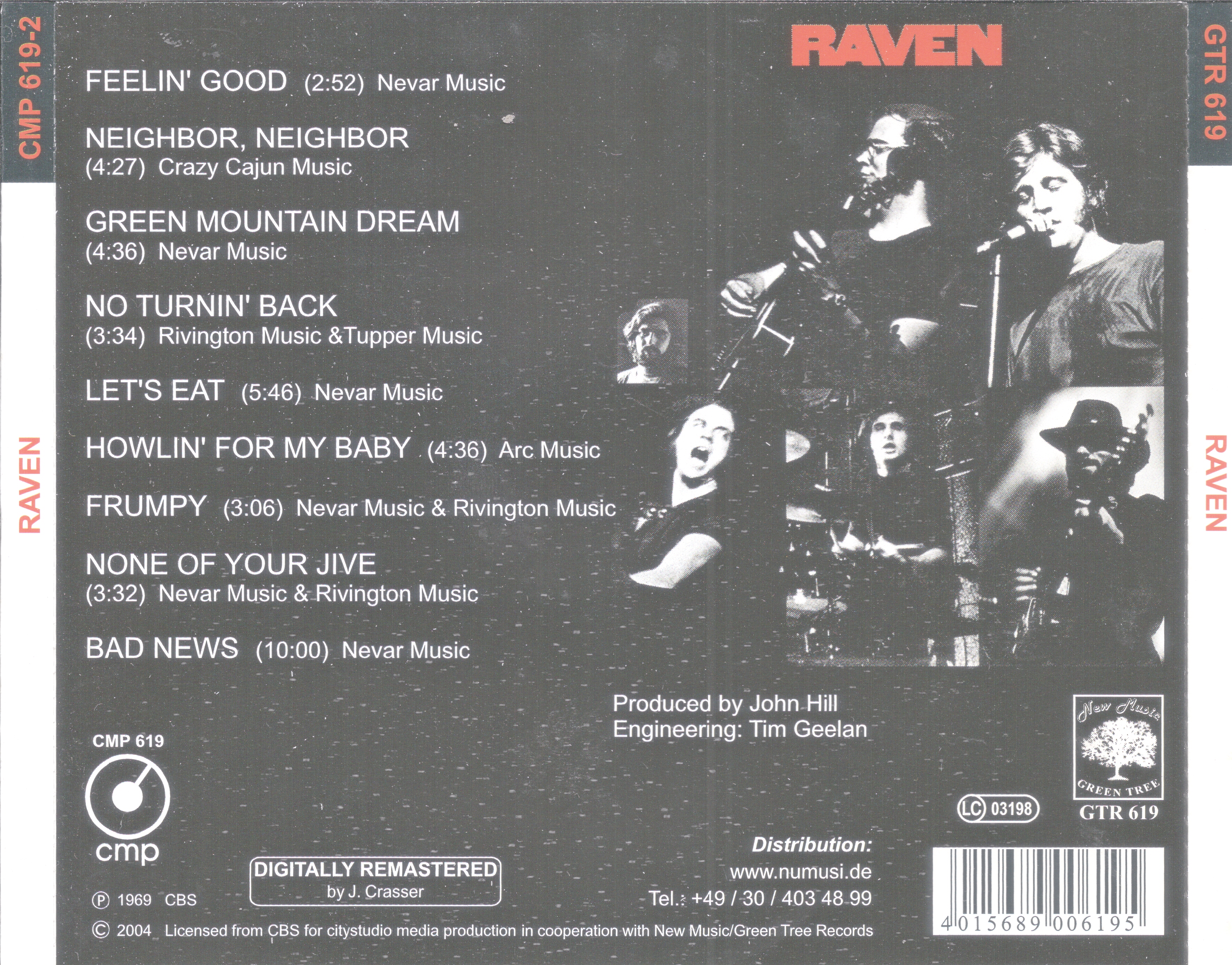