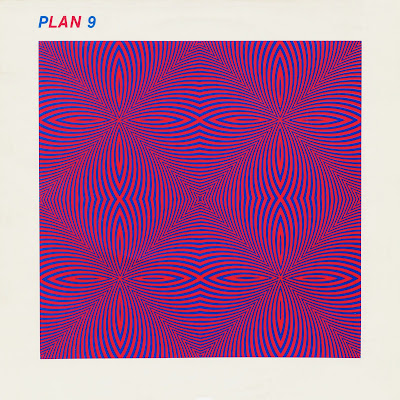 Plan 9 is one of my favorite bands and is perhaps the one I have listened to most in 44 years of musical passion. Their garagepsychprog style is unique and inimitable.
This compilation, released only in France on the deserving New Rose Records in 1984 has never been reissued in digital format, but 5 tracks out of 10 were included as a bonus of the CD reissue of Dealing With The Dead in 1993.
It's One Thing To Say originally published in 1967 by The Riddles is the song I prefer among these 10 immortal masterpieces and to rediscover the original we had to wait for the collection The Quill Records Story - The Best Of Chicago Garage Bands in 1997 to further understand more the greatness of Plan 9 which, from a "normal" song, has achieved something incredible. I want to mention also the covers of 5 Years Ahead Of My Time and Lookin 'At You outclass versions of The Third Bardo and MC5 that were already incredibly beautiful! Of course, the songs composed by the band are also more beautiful than the other and do not disfigure absolutely in comparison with the aforementioned.
A band that plays in unison, composed entirely of phenomenal artists, with the tips of the voice and the guitar of Eric Stumpo and the keyboards of Deborah DeMarco
They are still active, this year they released A Tonic Of Puffer Fish (All About Zombies), available on their bandcamp, almost 70 minutes of great music. (Dig it!)

I wouldn't know what to have seen them playing and jamming live and being able to meet Deborah, Eric and their pards.

Get involved in the vortex of Plan 9!