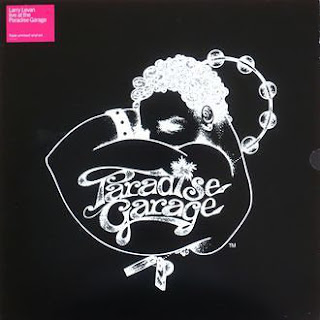 My note: Angel In My Pocket is from 1980 but it may be that Larry had a promo.

This priceless jewel, consisting of 3 LPs, 13 songs, about 84 minutes, is the best compilation of Funk / Soul / Disco never appeared.
Discogs mistakenly places it in the category DJ Mixes, perfect for the double CD version of this masterpiece which instead includes 20 tracks and it was mixed (I have big doubts that the mix are of Larry Levan ...), instead these are full versions, without mixes, no live, drawn from 45 or 33 of the artists. It 's a Various Artists in effect and the songs included are a perfect tribute to this musical category that I love as "my" psych/garage eighties!
I think the best song of the lot is undoubtedly Bourgie Bourgie by Ashford & Simpson, one of the magical Larry warhorses, a song then forgotten by all the great Italian DJ, which in this kind of music are the best in the world, only DJ Rubens he has celebrated the greatness at Summer Goodbye 2010 (an event which takes place every year, the first days of September at the Imperial Bay in Gabicce Mare - Romagna - Italy) - [https://it.wikipedia.org/wiki/Baia_Imperiale] - in Italian but with the translator of google ...
Curiously it is entirely instrumental, produced by a duo that made voices his strong point.
Another curiosity (a tip of my friend Fausto), the closing piece originally lasted only 1'23 "in 1974, included in The Original Soundtrack Of Mahogany, but its extraordinary beauty has made that come out of the versions longer, built by mixing the very short initial track.

13 fantastic songs that hold the comparison with any masterpiece of any musical genre.

The vinyl rip, I did it with a different turntable, more suited to the genre, a Technics who fought thousands of battles, which has the perfect bass for these rhythms. A fairly easy rip, in rock music sometimes the recordings are of low quality, in the disco music the quality is always excellent.

The "disco" of high class is the music suitable for all moments, all places and all generations (this album also like my mother who is 86 years!)

I had lived the disco period as a teenager in the seventies, early eighties, but then I had left out but, since I heard this triple LP in 2000, my musical life has changed, for 10 years I fed funky / soul / disco! Word of dog!!!

Dedicated to Larry. I love you!

Thanks Fausto for letting me know and love lots of disco music!