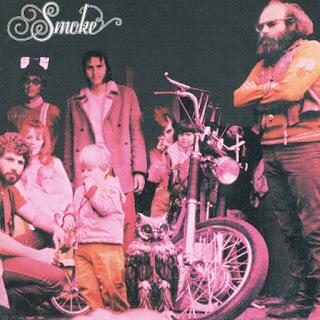 Reissue on CD of the first album by USA heavy psych/blues boogie rock band smoke, not to be mistaken for the Michael Lloyd (West Coast) Smoke.

This album opens with the 19 minute psychedelic boogie number "M.C. Boogie" and sets the tone for the album - lot's of guitar breaks and pounding organ work on the whole album which fuses blues, boogie,underground,rock,folk in to one big pot!

Originally known as The Nomads and based in Houston, Texas, this band issued two 45s under that name. They became known as Smoke in mid-1968. They later moved on to San Francisco where they gigged mainly at biker venues.

Led by John Orvis, who composed all their material, their music can best be described as "psychedelic boogie", epitomised by the nineteen minute M.C. Boogie on the first album. Loads of energy, jiving vocals, good guitar solos and powerful organ parts. 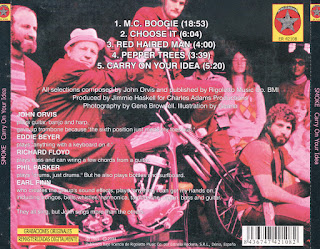