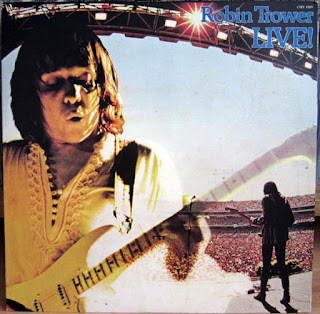 An excellent recording of a superb 1975 stadium show in Sweden, Robin Trower's Live album is a perfect snapshot of the guitar hero in his prime. The record also gives ample evidence of why the Robin Trower Band was one of the most successful live guitar rock acts of the '70s, highlighting not only Trower's virtuoso Stratocaster licks, but the soulful vocals of bassist James Dewar and the polyrhythmic drumming of Bill Lordan.

The song selection here is top-notch, the most obvious treat being the perennial Trower classic "Too Rolling Stoned," to which Lordon (who replaced Reg Isadore, drummer on the studio version of the song) contributes a somewhat funkier flavor. The same treatment is given to a blistering take on "Little Bit of Sympathy," which contains moments that recall the legendarily telepathic interplay between Jimi Hendrix and Mitch Mitchell. It's a mystery why James Dewar isn't generally recognized as one of the finest blue-eyed soul singers of the '70s, as he is easily as talented and convincing as Paul Rogers or Joe Cocker.

Here, he's in excellent form and his vocals on the slow-burning "I Can't Wait Much Longer" are spine-tingling. Although none of the performances stray too far from the songs' studio versions, that fact is part of what makes this album interesting. Live shows the Robin Trower Band to be a quintessential no-frills blues-rock band, capable of kicking serious ass no matter what the setting.
01 Too Rolling Stoned [6:49]02 Daydream [8:04]03 Rock Me Baby [6:24]04 Lady Love [3:23]05 I Can't Wait Much Longer [7:08]06 Alethea [4:13]07 Little Bit of Sympathy [5:30] 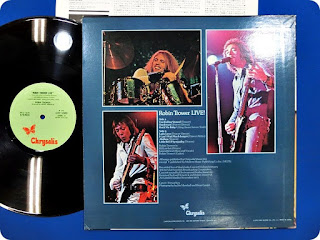