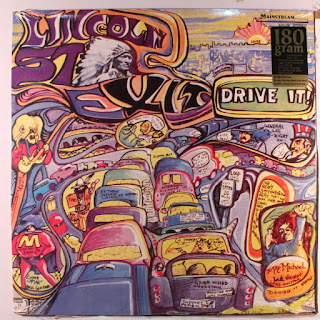 Lincoln Street Exit's sole album is one of those efforts that's generated considerable attention throughout the collecting community over the years.
Formed in 1964, the original line up consisted of Paul Chapman, drummer Lee Herres, singer/guitarist Michael Martin and bassist Mac Suazo.
A rarity in that it was one of the few mid-1960s native American rock bands (all four members were New Mexico Sioux) to actively tour and record, the group struggled for six years with little recognition; managing to release three instantly obscure singles during that timeframe.

By the time the band was signed to the Detroit-based Mainstream label, Chapman had died replaced by guitarist R.C. Gariss. Teamed with producer Brad Shad 1970's Drive It! served to showcase material from Martin and non-member Tom Bee.
Sure the band's anti-war sentiments ('Man Machine' and 'Time Has Come Gonna Die') weren't particularly original or noteworthy. Similarly their isolated stab at pseudo-Gospel ('Going Back Home') was at best misguided. On the other hand, propelled by Martin's likeable voice, tracks such as 'Dirty Mother Blues,' 'Teacher Teacher' and 'Straight Shootin' Man' offered up a compelling set of blues-oriented hard rock. Ironically the most impressive track was also one of their most commercial effort - the pop-oriented 'Soulful Drifter' (which was released as an unsuccessful single).
Gariss, Herrera, Martin and Suazo subsequently continued their musical collaboration, reappearing as Xit recording a series of mid-1970s LPs for Motown. 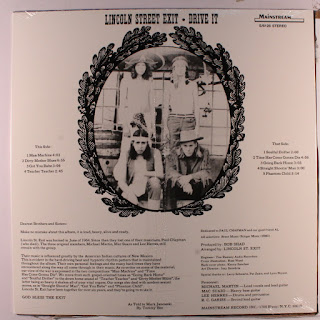