Thank you so much to original vinyl ripper: "UGO" 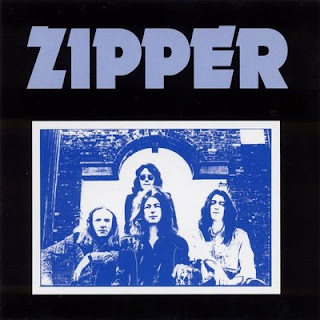 Formed in 1973, Zipper was the first band to release an album (simply called 'Zipper') on Fred and Toody's newly started Whizeagle Records label in 1974. It's basically heavy rock with Led Zep-overtones, raw and rocking. The album, quite rare in its original form now, was re-released in 1994 as an LP/CD with two additional tracks. There were other early seventies bands Fred was in, like Albatross, but so far no recordings have surfaced.

Screw the American Idol aesthetic, Fred Cole’s ragged pipes are among the world’s most heavenly despite what many naysayers have to say (the same people probably hate Ron House and Jad Fair too).

Cole’s current trio Dead Moon continue to thunder around since the 80’s, and while they got left behind in the big green Northwest Grunge cash-in, you would no doubt have seen Mark Arm, Kurt Cobain, and Eddie Vedder all worshipping at Big Fred’s altar at various DM gigs.

The recent Dead Moon biopic is truly inspiring, not just for the fact they are rockin’ grandparents still doing it, but for their conviction to the whole DIY-ethic, building their own house, studio, guitars, and even vinyl-press while fearlessly rocking the world as only they know how. Before Dead Moon, Cole was in the Rats, and before that (but after his very Arthur Lee-inspired group the Lollipop Shoppe) came the band Zipper, circa 1975 but recently in WFMU’s new bin.

Needless to say, those with low tolerance for total dude rockist lyrics won’t be amused (some of this stuff would make Jim Dandy do a double-take maybe), but this is righteous rock to the max, full of chunky, proto-punk riffery and blowout solos that never stray too far from a punk aesthetic despite the cock-rockery leanings. 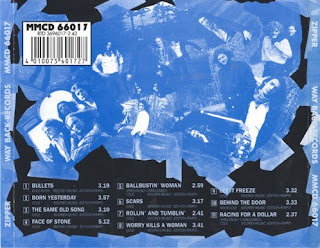