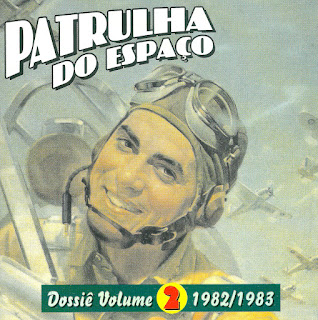 Patrulha Do Espaço is a Brazilian band of hard rock and progressive rock, formed in 1977 in São Paulo. The band was created in 1977 by Arnaldo Baptista (former Mutantes), along with drummer Rolando Castello Junior (who had previously played with the Made in Brazil and the Aeroblus, Argentina), bassist Oswaldo "Cokinho" Gennari and Irish guitarist John Flavin (ex-Secos & Molhados).

With the departure of Arnaldo Baptista, in 1978, the band now has the participation of Percy Weiss on vocals and conducted the recording of their debut album, which was the first rock of independent disk Brazil, known as Disco Preto in where the hits "Arrepiado" and "Vamos Curtir uma Juntos" marked the success of the eight tracks released on vinyl.

From 1979 to 1985, the band has established itself as the first Brazilian hard rock trio, performing hundreds of shows. During this period, they recorded three albums and an EP containing songs like "Columbia", "Festa Do Rock" and "Não Tenha Medo".

In 1983, opens for the band Van Halen in Sao Paulo, when he received personal praise from Eddie Van Halen [citation needed].

During this phase, the band had the participation of the Argentine guitarist Pappo (Pappo's Blues, Riff and Aeroblus), which resulted in the recording of the album Patrulha 85, launched in 1985 in 12 format "EP, released including Argentina, with the songs "Olho Animal" and "Robot".

They resumed the work in 1992 with the release of Primus Inter Pares, a posthumous tribute to bassist Sergio Santana. After this album, the band withdrew from the music scene, driven by activity drummer Rolando Castello Júnior, ahead of the production of cultural events and how their coordinators, speaker and music producer.

In 1997 and 1998, the first three volumes of the series Dossier builds that presented the work of the band were released in CD format, chronologically telling the story of the band. 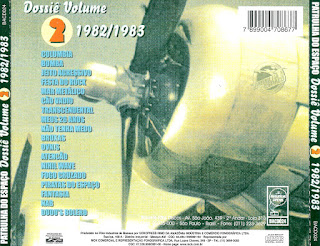 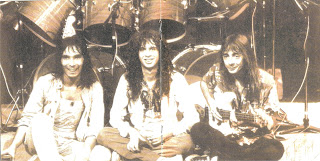