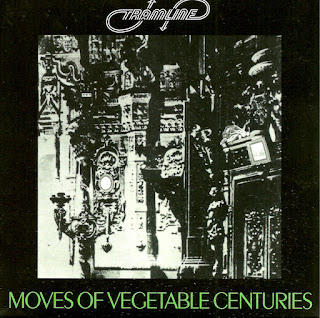 Guitarist Moody and his schoolfriend Paul Rodgers began their careers together in The Roadrunners, playing pub gigs. In 1967 they moved to London's Finsbury Park and renamed themselves The Wild Flowers, joined by Bruce Thomas on bass. The group disintegrated and Rodgers went his own way to form Brown Sugar and later to join Free.
Moody then teamed up with John McCoy* (vocals/harmonica), Terry Sidgewick (bass) and Terry Popple (drums) of the bluesband Real McCoy. The band changed their name to "Tramline" and, through McCoy's contacts with Island Records, secured a two-album deal. This is the 2nd and last album by the excellent but little known and short-lived British Blues-Rock band Tramline, which included the extraordinary guitarist Mick Moody, who would later become famous as member of such bands as Juicy Lucy, Snafu and Whitesnake. This album was produced by the late Guy Stevens and he suggested the unusual name, for which guitarist Micky Moody confesses he has no explanation. (Stevens had also suggested such names as Procol Harum and Mott The Hoople, and so 'Moves Of Vegetable Centuries' was just another flight of Stevens' fancy!).The band was getting into its stride with the addition of sax player Ron Aspery and bass guitar virtuoso Colin Hodgkinson from progressive group Back Door.They add a boost to such performances as the Tramline version of Traffic's 'Pearly Queen' and the old Yardbirds' favourite 'I Wish You Would'. Here is R'n'B Sixties' style with high energy and strong musicianship.The band, in contrast to most other Blues-Rock outfits at the time, played mainly original material, which was quite excellent. This little gem was completely lost in the vaults for many years and this reissue gives us the opportunity to appreciate it, saving it from oblivion. A classic 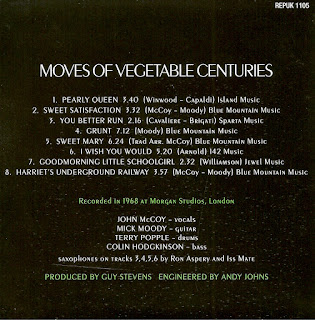 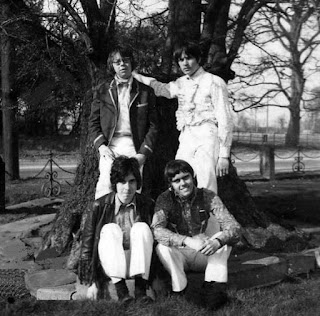