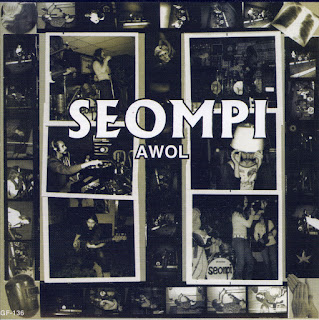 The year was 1970 and Dave Williams was done with his stint at one of Texas's finest barbed wire facilities. The same path that had landed Roky Erickson at Rusk Stale Hospital had put Dave behind bars. Five years earlier, Dave was a founding member of the Headstones, McAllen Texas's answer to teen angst driven rock music. Not content with being the usual 'cover’ band, Dave began to write original tunes and worked long and hard in rehearsal sessions to perfect them.

After releasing legendary singles on the Pharaoh label and being courted by numerous major labels, the band called it quits in 1968. Dave formed the short-lived band The Meat" in 1969 just prior to his marijuana possession conviction that made him a guest of the State of Texas for the next year. Always an innovator, Dave formed SEOMPI as a three piece, 'no guitar* band, with Dave and Patrick Rockhill on bass, and Bill Reid on drums. Seompi was an acronym for 'Serf Expression On Musically Potential Instruments" and a synonym for 'loud’.

This dual bass attack released their first 45 "Summer's Comirv On Heavy” b/w "Lay On The Floor' on the Black Star label and later re-cut it adding guitarist Mitch Watkins to the mix for a more accessible sound. Mitch was a phenomenal guitarist and stayed who with the band and can be heard on their other material on this CD. During 1971, the band moved to Austin which would remain their home base. They built a solid local following and were best known for their awesome sound system, loud playing, and Purple Tour Bus.

Local soundman David Gardner worked closely with the the band, manning the soundboard lor their many live gigs which included opening for ZZ Top, Buddy Miles, Foghat, and Trapeze. Their sound system included the heavy duty Kustom triple 15" woofer, "Ice Box' style amps and later added an even more powerful Altec Lansing Sound System to allow for the vocals to catch up to the levels of the instruments. Dave also recorded many of the band's tedious rehearsals at which they would experiment with intricate time changes and 30+ minute songs.

This was NOT your typical three chord heavy rock band. By 1974. Seompi was ready to call it quits. Just prior to their final demise Mitch Watkins had been replaced by Billy "Skirt" Rowe on guitar. Other band members included Lee Manley on drums. Mitch has gone on to have a very successful career in the "New Age" music field and has a large following in Europe. Drummer Bill Reid moved back to his hometown of McAllen where he remained close to the music biz by working in speaker design and manufacturing. Pat Rockhill could not be contacted to participate in this project but was last known to be on trie West Coast and out of the music business.

Dave Williams continued to play in 'The Remaining Few* from 1974- 1978 with Lance Woodbum on guitar, and ex-Headstone Winston Logan on drums. Today, Dave plays with his band "Free Wine' and is looking forward to his final release from incarceration in the near future. His efforts have spanned a period of over 30 years and, represent some of the finest music the State of Texas can claim as their own. While he may not have received the recognition that some of his Lone Star brethren received, those who were lucky enough to see or play with Dave appreciate his awesome talent. Hopefully, with this release his music will live on and entertain future generations of music. 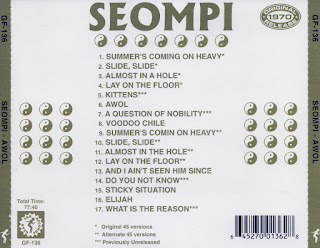 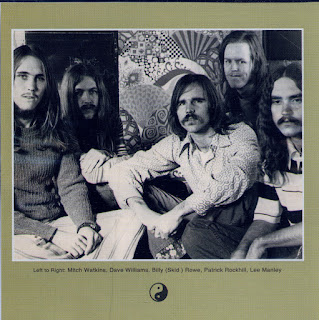