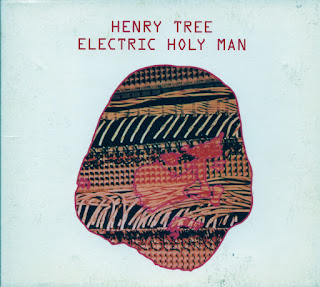 This Cleveland-based trio won't knock your socks off, but by the same token drummer Carmen Castaldi, singer/guitarist Leroy Markish and bass player Charles McLaughlin turned in an album that's quite diverse and entertaining and in some ways better than other higher priced and better known releases on the Mainstream label.

Produced by Bob Shad, 1970's "Electric Holy Man" differed from a lot of other early-1970s Mainstream releases in that it showcased a progressive streak rather than the popsike sound that was common to the label.

Moreover, for a trio these guys sported a surprisingly full sound, helped in no small measure by Markish's impressive voice. Not being a big jazz fan, I'll be among the first to admit that I was surprised at how entertaining the group's jazzy forays were. 'Mr. Fear', their Traffic cover and the extended title track showcase that interesting jazzy streak with some stunning work from un-credited jazz guitarist Bill DeArango.

Mind you there was still plenty of fuzz driven guitar (check out the second half of the title track), but it didn't come close to these other highlights and the group's most commercial effort; the ballad 'Lady Of Day' was also the album's most disposable offering. 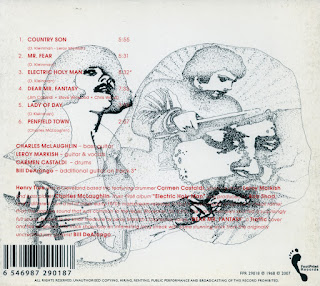