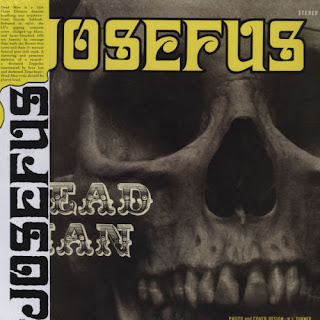 Dead Man is a 13th Floor Elevator descent headlong into southern-fried bloody Sabbath. Released on the Hookah imprint in 1970, the LP’s gaping cranium cover, sludged-up blues, and bone-bleached riffs outsold Let It Be, if only locally, being far “too psychedelic” and skull-crushing for Houston’s International Artists label to touch. A Texas-bound band except in tracking Dead Man inside the furnace of Phoenix, Josefus strode loud and longhaired amid the oil fields, peddling their own brand of black gold.

As US involvement in the Vietnam War peaked and human boots sunk into lunar dust, Josefus powered across the Texas plains, shaking its coliseums awake as openers for the Grateful Dead and Quicksilver Messenger Service. Heavier by tonnage than both the Stones they cover and “I Want You (She’s So Heavy),” Doug Tull, Pete Bailey, Ray Turner, and Dave Mitchell watched their 17-minute funeral pyre title track burn through statewide airplay, glorying in the evil looseness of the FM format.

Read no further than the replica back cover of our JR reissue, which sends Josefus “emitting from the darkness of obscurity, bursting forth with the drive and impact of a celestial happening.” A clattering and prescient skeleton of a record—a deceased Zeppelin reanimated by four lost and darkened country boys—Dead Man truly should be played loud.

One of the classic early seventies, intelligent yet utterly wasted, hard acid rock albums. It's a chunk of funk which includes a version of the Stone's "Gimme Shelter", but it's the simultaneously sludge-heavy and melodic, seventeen-and-a-half minute title track that serves very much as a blueprint for other bands to follow. This album invented Stoner Rock....... KILLER. 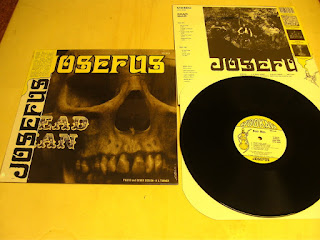