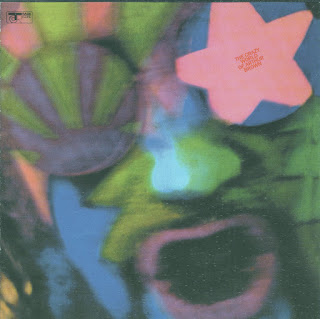 This is absolutely irresistible stuff from an incredibly influential band that has been largely forgotten. The Crazy World Of Arthur Brown was built on the talents of manic showman Arthur Brown and his even more talented cohort organist Vincent Crane, two of the greatest (and ultimately unfulfilled) talents in the world of progressive heavy rock.

This album was released in 1968 and must have sounded like nothing else around at the time (come to think of it, it still sounds pretty damn unique!). Despite significant chart action (the single Fire was a #1, I believe), the group imploded after this one near-perfect album and while both Crane's Atomic Rooster and Brown's Kingdom Come went on to make great music, you can't help but feel that they were most complete with each other.

Brown's songwriting is steeped in Gothic horror, with mystical fire-based themes usually playing a strong part in his lyrics. As a singer he was part R&B raver, part crooner, occasional narrator and sometime blues shaman who specialised in proto-metal screams (that had a clear influence on Deep Purple's Ian Gillan). A theaterical live-wire on stage he wore helmets and robes (Peter Gabriel, anyone?) and wasn't afraid to set himself on fire for the sake of his art.

Vincent Crane was one of the first great organists in rock music and his musical contributions to The Crazy World Of Arthur Brown cannot be underestimated. Aside from co-writing most of the songs with Brown, he also did all the crucial orchestral arrangements on this album (that help give it a progressive flavour).

Musically he was the main man in what was essentially a keyboard-based trio that was more than a match for the likes of The Nice. It has to be said that while bass player Sean Nicholas and drummer Drachen Theaker do provide Brown and Crane with sufficient support, neither one makes much of an impression on me (Incidentally, legendary prog drummer Carl Palmer joined The Crazy World Of Arthur Brown only after this album was recorded, playing on a live tour before departing with Crane to form Atomic Rooster).

Another small thing to be aware of ... My version of the album features 5 bonus tracks in the form of mono versions of some tracks here. Oddly enough they are stuck at the front of the CD, so make sure you skip them as the atmosphere that builds through this particular album is critical to its enjoyment.

The album itself begins with Brown's rock-horror anthem Prelude-Nightmare which features an atmospheric classical introduction which is "intruded upon" by some great heavy organ work from Crane. It is followed by the Gothic poem/song Fanfire - Fire Poem that echoed the kind of work Jim Morrison and Ray Manzarek were doing accross the Atlantic with The Doors. Brown then sends the album into the stratosphere with Fire, a great pop single with some very nice classical runs from Crane and both brass and woodwind contributions from the orchestra.

The atmosphere of the album should already be well-established by the time you hit the classic fourth track Come And Buy, and if Brown's "God-brother, you lied" line that kicks it off doesn't send chills down your spine, you might well have missed the point. A mixture of mesmerizing melodies (highlighted by the chorus and the imploring "Why is it so cold in here?" line that recurs throughout the album), soulful crooning and an excellent orchestral interlude (which Crane would re-use on Winter, a brilliant track from Atomic Rooster's first album) make this one of the album's best progressive moments. The brooding, glockenspiel-heavy (!!!) Time/Confusion takes the album to an even darker, heavier place that fans of Vanilla Fudge will certainly be familiar with.

A fierce cover of Jay Hawkins' blues classic I Put A Spell On You is so fitting that the track could almost have been written by Brown and Crane. It helps that Theaker's drumming is rather tasty here, too. Unfortunately the album's filler material then starts to kick in. Spontaneous Apple Creation is the album's weakest track and it really sounds like an experiment gone wrong ... it may be creative, but it's damn irritating to listen to. It's followed by the mildy funky Rest Cure which has some nice moments on strings and organ, but still sounds like a track that Petula Clark could have cut! Thankfully the extravagant drum-roll that heralds a cover of James Brown's I've Got Money proves to be a sign that the high-octane manic style of Brown is back.

The curtain closes with another true highlight in Child Of My Kingdom, a flowing piece that begins with a brief pantomime-style melody, moves in some moody verses with excellent piano playing from Crane, a frantic chorus, a jazz-blues instrumental section, and then some more delectable piano work that closes out this thrilling album on an eerie note. ... 88% on the MPV scale 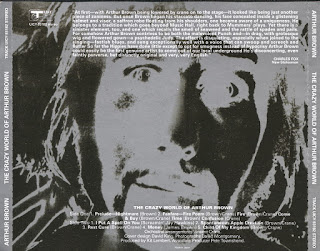