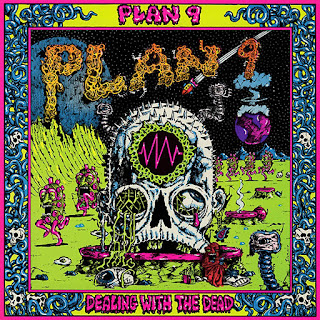 Thanks a lot to original uploader: "OZROCK"

Plan 9 is an American neo-psychedelic band from Rhode Island formed in 1979.

It does something to see how groups who for years have been ignored by the public, considered as incurable nostalgic, are now elevated to the role of talented artists that often is not its responsibility. As always in these cases, the truth lies in the middle, between the delirious exaltations of some criticism of today and the few words for the occasion of those who until recently they deemed recovery Sixties as an operation so pleasant and fun as outmoded and poorly creative.

Everything is part of the theory sometimes mistreated courses and resorts, which unites and connects firmly, in rock, Gene Vincent to the Rolling Stones, the Seeds to New York Dolls, the Ramones to unrecognized Hypstrz, the Lyres or these Plan 9.

It is a general discussion and short on detail, I admit, but in my opinion makes the idea of what could be a valid approach - albeit moderate - against the avalanche of Sixties-oriented products that are currently flooding the market. Listening Dealing With The Dead, published by Plan 9 after a fairly nourished individual, mini-LP (Frustration for Voxx) and participated in collections, one has the impression of being in front of a band very much tied to the '60s .

it has almost ceased to play old songs but he has learned to compose new buckling directly to the past; the track, of course, it's the psychedelic garage, occasionally mediated with the Sixties-punk but more often quiet, fascinating and evocative. Rather than propose songs in pop with psychedelic shade variations more or less present, however, the Plan 9 prefer to delve into sounds richer and processed in an attempt to offer songs wider; the use of many instruments (the group consists of eight quirky characters) is therefore much more hypnotic and magnetic than other formations, and also set a slow, sour and hallucinatory compositions contributes decisively to make the 'together really suitable for a trip perhaps not too present, but certainly exciting.

Among the nine tracks on the album, all of good quality, stand out as gems I Like Girls, White Women and Gone, demonstrating unequivocally the attitude of the musicians, perhaps ethically questionable but technically flawless and emotionally. A disc of great value, full of charm and feeling, with just one (significant or not, depending on personal tastes) flaw: the date 1984 on the label and back cover. It was a reprint of an old LP of '67. we would perhaps appreciated even more. (Federico Guglielmi) 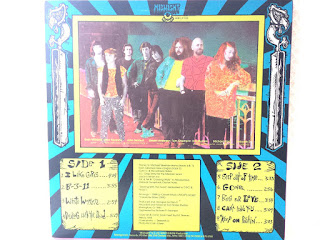