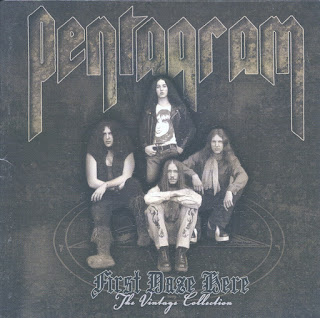 Bobby Liebling, strictly a singer, started the band "Pentagram" in the 70's. The band members played a mix of psychedelic hard-rock and sometimes heavy metal (Geof O'keefe would even be involved later in a project called Bedemonwhich was probably closer to Doom than 70's Pentagram), but it's important to remember that Bobby Liebling was the primary songwriter, and he was more of a Blue Cheer nut than a Sabbath nut. So the songs from this era will be much closer to Summertime Blues than War Pigs.

Pentagram first came into existence in 1971 in Woodbridge, VA, when singer Bobby Liebling met guitarist/drummer Geof O'Keefe. In the coming months, the duo played with a variety of local musicians, including guitarist John Jennings, bassist Vincent McAllister, and drummer Steve Martin, but by early 1972, McAllister had switched to guitar, O'Keefe took over on drums, and Greg Mayne joined on bass guitar.

This lineup of Liebling, McAllister, Mayne, and O'Keefe would remain intact for the next six years, and though they occasionally performed under different names, including Virgin Death, Stone Bunny, and Macabre (the last of which graced their first single, "Be Forewarned," in 1972), they always inevitably returned to Pentagram. Another element of stability was their musical direction, which never strayed too far from the distorted psychedelic hard rock of heavy metal pioneers like Blue Cheer and the Groundhogs.

A set of independent 7" recordings, "Human Hurricane" and "When the Screams Come" (this last was never released) preceded their first live performance on December 15, 1973, by which time a visible Black Sabbath influence had begun to take hold. Second guitarist Randy Palmer joined their ranks mid-1974 and his addition coincided withPentagram's most prolific period of the decade, including close calls with record deals from both Columbia and Casablanca Records. But by 1976, Palmer was out (briefly replaced by Marty Iverson) and all of the band's professional prospects had dried up, leaving Pentagram to grind to a halt at the end of the year.

After years of silence, Liebling was finally encouraged to resume his career in mid-1978, when he met a musical soul mate in local drummer Joey Hasselvander, but it wasn't until Halloween 1981 that Pentagram was truly brought back from the dead. By then, Hasselvander had joined a new group called Death Row, which featured a young,Black Sabbath-obsessed guitarist named Victor Griffin.

When Liebling stopped by for a jam, creative sparks flew almost immediately and with the addition of bassist Martin Swaney, the group officially assumed the Pentagram name once again. More years of hard work playing in clubs and composing new material followed, but in 1985,Pentagram finally recorded a full-length, self-titled debut (minus Hasselvander, who was replaced at the last minute by drummer Stuart Rose).

Later retitled Relentless, the record may have been dedicated to Blue Cheer, but its contents owed an almost singular stylistic debt to Black Sabbath and along with its even more accomplished 1987 successor Day of Reckoning, it helped set the stage for the looming doom metal movement. Not fast enough for Pentagram to capitalize, however, and following another lengthy hiatus, a new contract from Peaceville Records finally led to another comeback via 1994's Be Forewarned LP (featuring a reinstated Hasselvander). But the musical climate of the time was very unfriendly to heavy metal of any kind, and the doom scene had never managed to coalesce as expected, leading Pentagram to another, seemingly final breakup.

In 2008, a now sober Bobby returned with a new Pentagram line-up, this one consisting of Gary Isom (drums), Russ Strahan (guitar), and Mark Ammen (bass) and, for the first time in years, the band began performing live and touring. Eventually, Strahan, Ammen, and Isom would drop out of the band, but Pentagram continued on and began preparing to work on a new album, called "Last Rites" with former Pentagram guitarist Victor Griffin, bassist Greg Turley, and Tim Tomaselli lending assistance. 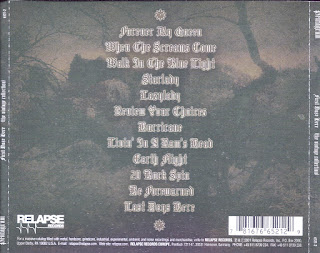 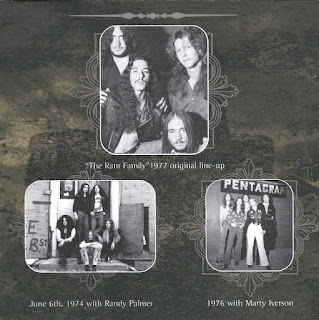