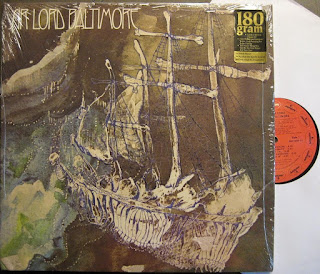 When Sir Lord Baltimore released Kingdom Come in 1970, heavy metal was just a twinkle in Black Sabbath's eyes (the Birmingham legends' first album had only just hit record stores), and the term itself was years away from widespread acceptance as the definition of an entire category of rock music.

So much so, that present-day listeners might find this album's songs as comparable to those of so-called "early punks" The Stooges or MC5, as they are to other proto-metal outfits like Blue Cheer, Led Zeppelin, and certainly Sabbath themselves.

As was the case with every one of these acts, Sir Lord Baltimore's music was fundamentally rooted in unbridled aggression, deafening distortion, and raw power: like Nuggets, the next generation. In other words, there was little finesse to be found in savage album cuts like "Helium Head," "Hard Rain Fallin'," and "Pumped Up" -- just bludgeoning hard rock seemingly ever on the verge of spontaneous self-combustion under the command of vocalist John Garner's wild-eyed, howling, vocal acrobatics.

Clues of the group's influence by the classic '60s power trios (Cream, the Jimi Hendrix Experience, etc.) were evident on bluesier, but still reliably tee-total numbers like "I Got a Woman" "Hell Hound," and "Lady of Fire"; while "Master Heartache" was jump-started by a monstrous bassline foreshadowing of Motörhead, and the leaden title track somehow managed to echo both the dying psychedelic movement and emerging doom.

Finally, there was album wildcard "Lake Isle of Innersfree": a shockingly sedate and civilized, Baroque combination of harpsichord and 12-string guitars topped by suitably psychedelic lyrics which, not surprisingly, was crafted with the help of the band's managers (namely future Bruce Springsteen Svengali Mike Appel, trivia fans).

As well as a true anomaly, the latter hinted at Sir Lord Baltimore's growing stylistic broadening which would both diversify and dilute their second and final album, leaving Kingdom Come to stand the test of time as the band's authoritative work. And, even though it was generally dismissed by critics and misunderstood by listeners of the day (as were Sabbath and the Stooges, of course), the album gradually grew in stature to become one of early heavy metal's best-loved documents, and most consistently sought-out cult items.
(Review by Eduardo Rivadavia) 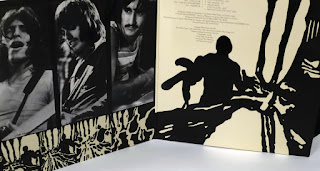