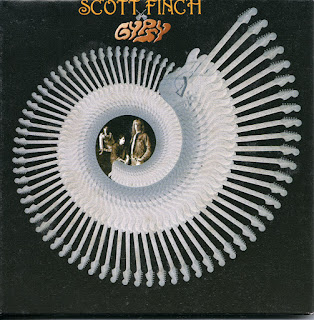 When you open this gatefold (4 parts) CD and album, you will find a glorious tribute to Scott Finch & Gypsy. If you continue to read you will also find that Jimi Hendrix and the 60's psychedelic period of music is the entire focus of this project.
I really have come to appreciate the genius of Hendrix as time passes. I also realize for the short time that he was on this earth that he left us with some of the most incredible blues-rock that we have ever heard, or may ever hear again.

Scott Finch & Gypsy got together in Wisconsin back in the eighties to form a compelling and authoritative trio that reawakened our senses and re-ignited our interest in that important period of rock music.

Horizon Records (Akarma) recognizes the significance and the value of the music, and how the music buying public have become increasingly receptive to guitar oriented blues based rock. With all of those thoughts in mind, I proceeded to give this music an intense overview with my ears and mind.

I had to wonder if this CD/LP was going to live up to the elaborate critique that was so convincingly described by Jo Anne Green in the intense liner notes.

The story foregoing the recording is quite fitting to be sure. I found out immediately that this was not merely another Hendrix impressionist. Scott Finch (guitar, vocals), Joe Steil (bass, vocals) and Gregg Slavik (drums, percussion, vocals), are an original blues-rock power trio that ingeniously construct their own identity and style.

Finch plays and sounds like Jimi often enough during the course of this larger-than-life release that you may find yourself thinking that it's actually the man himself back from the grave for one more jam session. They readily summon images of the master at several points during the course of the entire 76 minutes found on this generous rock excursion. 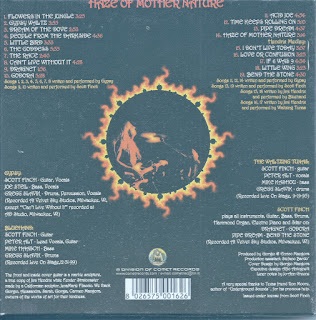