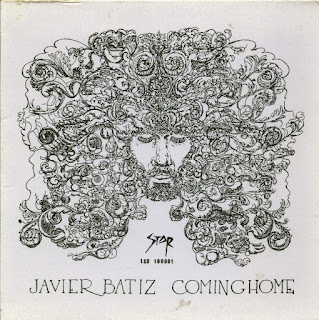 Born Javier Isac Medina Núñez in Tijuana, Javier Batiz (as he is known to the music industry and his fans) formed his first group in 1957.

They were called The TJ's and like many groups who pioneered the electric sound of music on both sides of the border, they were influenced by black musicians, blues, R & B and the emerging sound of rock. Batiz' influences include T-Bone Walker, Muddy Waters, BB King , Chuck Berry, Howlin 'Wolf, and James Brown.

In 63 Javier came to be invited to join the group Los Rebeldes del Rock, but joint that did not work, because Javier was completely influenced by the real rock, more specifically the black blues, while the Rebels only single recorded just for easy draw attention of youth.

Javier then decides to call two of his first band members to accompany you on your new journey. The contract earned Batiz appearances at major music festivals in Mexico, establishing it as a national icon, crowding his audience several politicians, artists, intellectuals and even Jim Morrison came to appear at a concert guitarist, a night off the tour of Doors , in those parts of Mexico.

An interesting detail was that Batiz came to teach music for big names like Fito de la Parra (drummer of the legendary American group Canned Heat).

By 1968 Javier's reputation won him an invitation to perform at the bar of the Terrace Casino, one of the most prestigious clubs in Mexico City.

In 1969 Javier Batiz was among the performers at Mexico's first open air concert. Licensed by the Department of the Federal District in Alameda, it drew a crowd of over 18,000 spectators.

Called by many the "Father of Mexican Rock", Javier Batiz has been a longtime friend of Carlos Santana and is said to have helped Carlos develop his distinctive style.

Javier now lives in his native Tijuana with his wife Carrie, who often accompanies him on drums. Over a career that spans more than five decades, Javier Batiz continues to travel and perform his music. 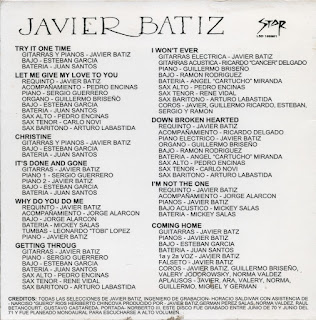