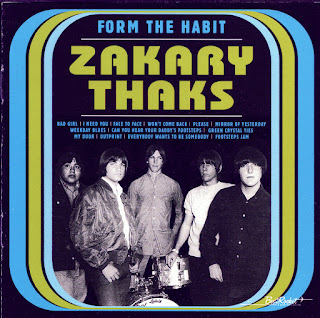 One of the best garage bands of the '60s, and one of the best teenage rock groups of all time, Zakary Thaks released a half-dozen regionally distributed singles in 1966 and 1967; some were hits in their hometown of Corpus Christi, TX, but none were heard elsewhere until they achieved renown among '60s collectors.The band developed out of the Marauders, a teen group which included Chris Gerniottis (vocals), Pete Stinson (guitar), and Rex Gregory (bass), and who then became the Riptides, adding lead guitarist John Lopez.By 1966, they had acquired a new drummer, Stan Moore, and had become the Zakary Thaks – the name being a mutated version of one seen in a magazine.Influenced by blues guitarists as well as British and American groups of the period, the band soon gained local popularity.Their first record, for the local J-Beck label, combined an original composition, "Bad Girl", with a Kinks song, "I Need You".Released in mid-1966, it became a regional hit and was picked up nationally by Mercury Records. Its success won the band a spot supporting their heroes, the Yardbirds.A second single, "Face To Face" was less successful, but the band continued to tour, supporting acts including Jefferson Airplane and the 13th Floor Elevators.Their 1967 singles found the group moving into psychedelic territory; some songs betrayed a Moby Grape influence, and some good melodic numbers were diluted by poppy arrangements that recalled the Buckinghams and Grass Roots.Later singles showed the band taking a more pop-focused approach. By 1968, Gerniottis had left the band for a while to join another group, the Liberty Bell, but returned later.However, the band did not repeat its early success, splitting up in the early 1970s.In 1979, "Bad Girl" was included on the Pebbles anthology of mid-60s garage bands, in addition to the similarly concepted Nuggets: Original Artyfacts From the First Psychedelic Era, and has maintained its renown among collectors of the genre. A compilation of the band’s singles was issued in May of 2001.Drummer Stan Moore died in 2000. In 2004 and 2005, remaining members of the band reformed to perform at festivals. Bassist Rex Gregory died Jan. 18, 2008 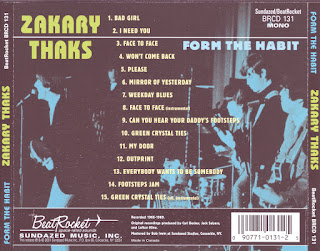 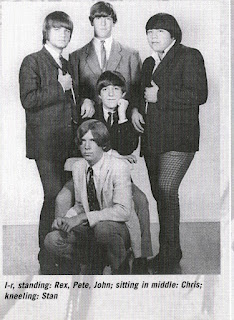