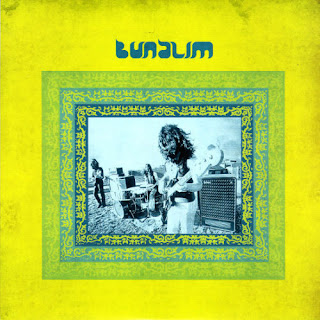 Collecting the few singles released by the act in the early '70s, Turkey's Bunalim is notable for being a fairly unsettled group in terms of lineup only one performer, guitarist, and occasional vocalist Aydin Cakus, appear on all the singles. But the grab bag of styles that results throughout the disc is a good enough portrait of what the Turkish rock scene of the time was like occasional bursts of wild, rampant energy set against a calmer, more conservative interpretation labeled "Andalou rock," which, according to the liner notes, none of the main members of Bunalim were too thrilled about having to perform.

These tensions aside and allowing for the unstable lineup, this compilation never fails to be enjoyable; if many of the songs might be too staid for modern listeners there (or indeed elsewhere), as atmospheric heavyriffing freakouts with touches of traditional music they're simply marvelous.

Opening instrumental "Basak Saclim" could well have been the theme song to any biker movie of the time if it was set on the Anatolian plateau instead of Death Valley. Meanwhile, the Aside of the first single, "Tas Var Kopek Yok," is pure rough craziness, with barked vocals, sudden midsong silences and a martial, rolling beat that finds its own logic, even wrapping up with a random conversational snippet and a barking dog. Those songs in the Andalou rock style featuring traditional singing styles, such as "Hele Hele Gel," may lack in the total insanity department but are still wonderfully offkilter and if "Bir Dunya da Bana Ver" ends up with a more polite freakbeat style for most of its length, the opening seconds alone are chaos incarnate.

Bunalim (which means "depression" or "frustration" in Turkish), founded in 1969, was one of the most well-known underground groups on the Turkish music scene of the early '70s. Although their discography is limited to only a few singles, Bunalim is regarded as a seminal band in Turkish music history, who paved the way for its members to find fame later on in their careers (playing with Erkin Koray, Mogollar, Ter, Edip Akbayram).

Bunalim released 6 singles which are incredibly rare, and never completed a whole album. They were produced and managed by legendary Turkish rock musician and instigator of the Anatolian rock movement Cem Karaca, one of the most important rock singers in Turkey during the 1970s. This release is a blend of their work from 1970-1972, and features everything from American-influenced garage to early punk experiments to fuzzed-out psychedelic heavy Eastern drone, including a cover of Iron Butterfly's "Get Out Of My Life, Woman" ("Yeter Artık Kadın") sung in Turkish.

They say about the band: "God, they were crazy! Running all nude down the Istiklal Street, psychedelic light shows, crazy paintings all over the stage wall and screaming of LSD! LSD! in their live shows." As good as the best recordings from Erkin Koray, Bunalim are, even for most Turkish collectors, a well-kept secret. The LP version reissued by Shadoks sold out within a blink of the eye. 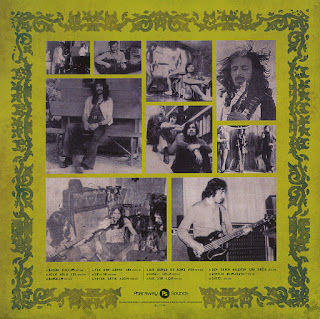