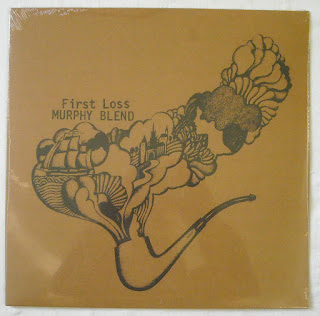 Murphy Blend (named after a pipe tobacco) early-1970's German rock group from Berlin who changed into Hanuman and then Lied Des Teufels.

Murphy Blend were quite a mystery. They were also a rarity in early German rock, as they combined the psychedelic Krautrock sound with heavy rock, blues and classical musics.

Their music had hints of early Jane and Pell Mell, but apart from that they had a unique style, with a strongly accented vocalist, topical lyrics and heady instrumentals, heavily featuring chunky Hammond organ.

They were responsible for one of the best albums released on Polydor's legendary Kuckuck label. They were a quintet comprising Wolf-Rodiger Uhlig (organ, cembalo, grand piano, vocals), Wolfgang Rumler (guitar, vocals), Andreas Scholz (bass) and Achim Schmidt (drums). "First Loss" was recorded in Union Studio, Munich, during October — December 1970, produced by Jonas Porst (the manager of Ihre Kinder!) and engineered by Thomas Klemt.

Murphy Blend revealed a fine blend in which Uhlig utilised his keyboards to incorporate classical themes into their heavy progressive music. He had studied classical music for three years in Berlin. The songs were melodic, textured by heavy guitar and organ riffs.

The album contained six proper tracks (mostly written by Uhlig) and the shortest German song of all time: the 3/10 of a second long "Happiness"! It's impossible to name highlights as all material is truly great! 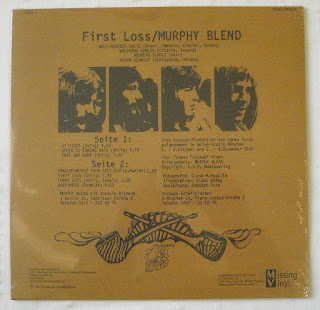