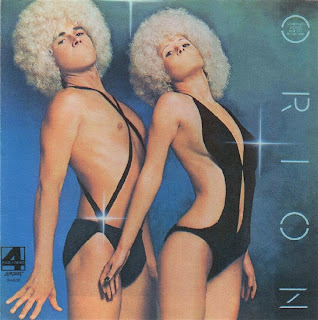 This 1975 instrumental guitarsynthesizer-driven album by Orion is an exceptional collection of clever takes on some of the bigger hits of the day, with some originals sprinkled in between. Opening with Barry Manilow's "Mandy" and closing with the Rolling Stones' "Gimme Shelter" ought to give you a clue as to the scope of the recording. Remember when Keanu Reeves was interrogated in the film The Matrix by "the agents," and they made his mouth disappear while his face was blank? Like Reeves, the two cover models with hairless bodies (except for the all-white Ian Hunter hairdos on both the man and woman) have no mouths -- thus the title Sometimes Words Just Get in the Way. Bob Marley's "I Shot the Sheriff," resplendent in flutes, is a lot of fun, while Helen Reddy's "Emotion" comes off like folk Muzak, if there is such a thing. It's a beautiful blend of synthesizers, drums, guitars, and strings -- very nicely done, a magical kind of escapade that is different than what you'd expect for what is generally a middle-of-the-road type work. Less than Switched on Bach but more than Mantovani, there are some clever passages on George Harrison's "While My Guitar Gently Weeps," especially when you realize it is a synthesizer weeping for the late Beatle. Instruments used include the ARP 2000 synthesizer, grand piano, drums, acoustic guitar, Hammond organ, trumpet, flügelhorn, alto saxophone, banjo, mellotron, Fender Rhodes, ARP string ensemble, mandolin, melodica, conga drums, toy piano, and tons of other instruments, creating a dense and impressive work that is great background listening.
~~Review by Joe Viglione (allmusic) 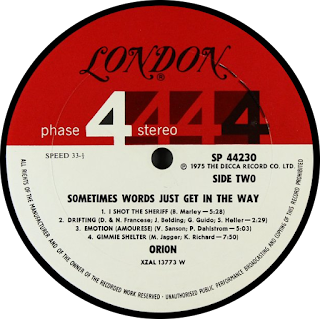 Orion - While My Guitar Gently Weeps (US,75) 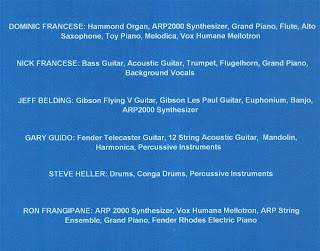 [Rip and Scans by frantanovakzelhoty]