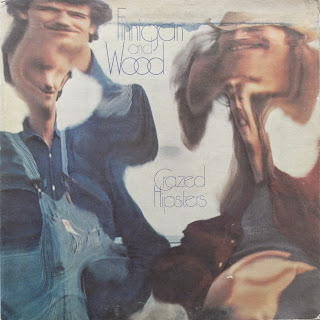 Ive hunted for this record for awhile and finally nabbed a copy on ebay.
All I can say is WOW. The cover of Death Letter by Son House and
Down in The Flood by Bob Dylan are good enough reason to buy the album
by there are also some great originals. Also the cover of Ray Charles' Hard Times
really kills. I have all of Mike Finnigan's albums and his voice gets stronger and stronger
through each record and this is his third and I think his voice is the strongest here. Check out
Down in The Flood for evidence of that. Jerry Wood is a guitar player who shouldve been known
a bit more. Its a shame more people dont know about this album!
~groovebassist

Despite the fact that I like this record a lot, I notice my rating is among the lowest in the rating list. Don't let this fool you; it's a good album! But apparently, many others like it way more than I. To me, a number of tracks on this LP have a distinct soul-rock flavor, at times even mildly reminiscent of Sly & Family Stone, what with the horns and everything. Some other cuts are good boogie blues. Not exactly the type of record one might expect from the two hayseeds on the cover. Though it's getting scarce, this does turn up on ebay fairly regularly, and I highly recommend grabbing a copy if you can. These crazed hipsters really did their hometown of Lawrence, KS. proud! Grades - 3 B's, 3 B-'s, and 3 C's.
~tymeshifter

Finnigan and Wood's Crazed Hipsters is one of the best records to come out of the early 70s.  It's a damn shame this has not been issued on CD.  Known as a cult classic, the covers of everything from Dylan to Son House show a depth far beyond the capability of most artists over the decades.  A collection of high speed boogies, solid blues, great choices of lyrics, and very creative covers of a whole bunch of great songs.  This is a must-hear for anyone serious about knowing the history of rock.
~KerryIrons

I had Crazed Hipsters on vinyl years ago.  This was the album that caused my love of the blues.  I loved all the songs on it, but the ultimate song had to have been "Death Letter".
~thrillisgone 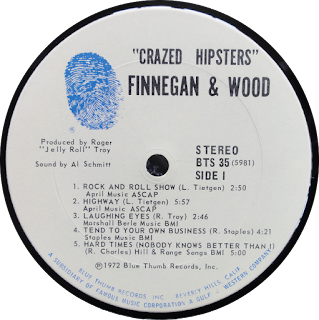