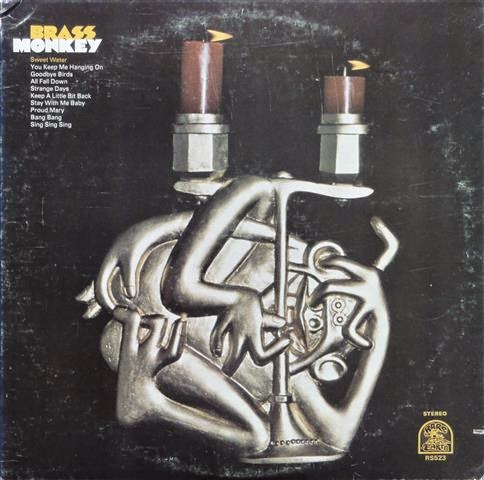 I’ll normally buy an album on Motown’s Rare Earth subsidiary without knowing anything about the artist since the results tend to be entertaining.  That was the case when I stumbled across it at a yard sale …

Frankly I can’t tell you much about this group.  Even an Internet search yields little in the way of bibliographical information. Based on the back cover photo they were a quintet – five rather pensive looking white guys; one with atrocious tastes in neckwear.  Co-produced by Guy Fletcher and Doug Flett (who also co-wrote the six non-cover tunes), 1971’s “Brass Monkey” had its moments. Whoever he was, the lead singer was pretty good with a versatile voice that was equally at home across the entire album while the rest of the band were never less than competent.  Their genre of choice was hard rock, with tracks like ‘Goodbye Birds’ and the bluesy instrumental ‘Strange Days’ showcased a mild English influence.  Elsewhere the required social commentary ‘All Fall Down’ was surprisingly tuneful and subtle.  Certainly not the most original thing you’ve ever heard, but with the exception of the four throwaway covers (including an apparently Motown-mandated ‘You Keep Me Hangin’ On’), the collection wasn’t half bad.  Be warned the album began to run out of steam on side two, which is where three of the four covers were.  Rare Earth also tapped the LP for an instantly obscure single: ‘Sweet Water’ b/w ‘You Keep Me Hangin’ On ’ (Rare Earth catalog number 5022)
~~badcat 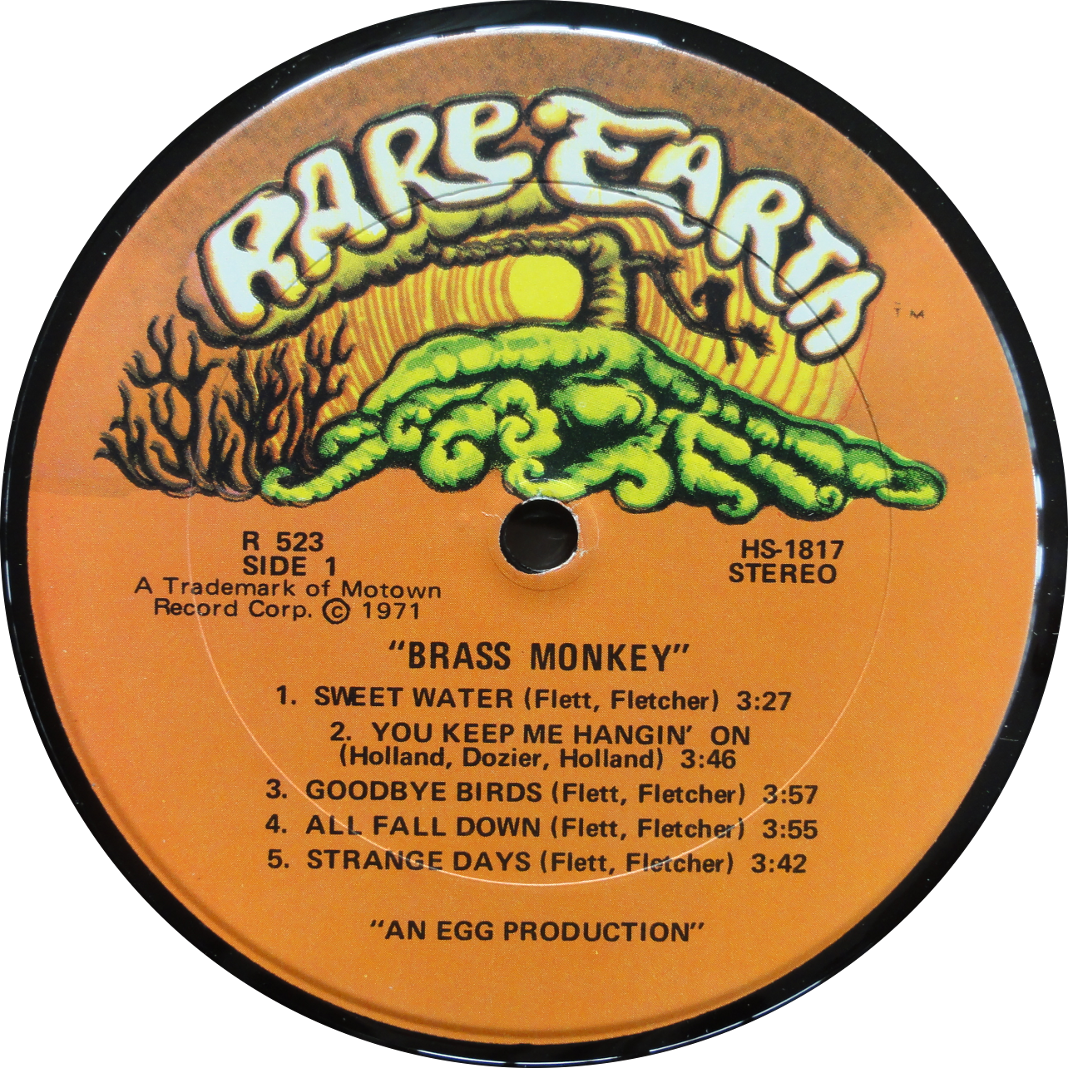 Side One:
A1 Sweet Water
A2 You Keep Me Hangin' On
A3 Goodbye Birds
A4 All Fall Down
A5 Strange Days
Side Two:
B1 Keep A Little Bit Back
B2 Stay With Me Baby
B3 Proud Mary
B4 Bang Bang (My Baby Shot Me Down)
B5 Sing Sing Sing

Brass Monkey - You Keep Me Hangin' On