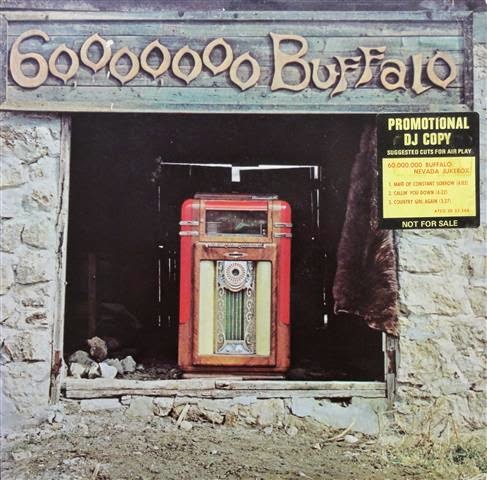 Upon the demise of the 1960s, it was not uncommon for the folkies of that decade to embrace the rural rock movement of the early 1970s. That is, if they hadn't already picked up electric instruments and started rockin' after the release of Bob Dylan's Bringing It All Back Home in 1965. In the case of Judy Roderick, who had put out two highly regarded mostly acoustic albums for Columbia and Vanguard in the mid-1960s, Nevada Jukebox was the product of a 1971 recording session with her new group, 60,000,000 Buffalo. Her signature voice was still there, although years of woodshedding in her adopted home state of Colorado throughout the latter half of the 1960s clearly had an effect on her delivery, which showed the influence of Janis Joplin and other female vocalists of similar ilk. The album photography shows her looking somewhat like a less appealing Bonnie Bramlett along with a man who is probably either bassist Brent Williamson or guitarist Don DeBacker. What a pity that the ravages of living through the 1960s deprived Roderick of her elfin beauty that was readily apparent on the cover of her Woman Blue LP.

The story behind the group's name is unclear. Perhaps it has something to do with the number of buffalo that lived on the North American continent prior to their near extinction brought about by the colonization of white people. I've read that some folks compare this group with another Colorado band, Zephyr (which featured a very young Tommy Bolin on lead guitar). But other than the superficial fact that the two outfits both featured female lead vocalists (Zephyr's was the caterwauling Candice Givens), I don't think they have much in common in regard to music. While Zephyr was very much a rock and blooze band, Roderick's folk background clearly had a strong influence on 60,000,000 Buffalo's more rootsy sound
Most of the album's songs were written by Roderick and her husband William Ashford. The opening cut, the brief "Royalty Rag" segues into the cowbell-laden and quintessentially early 1970s ode to blow, "Cocaine Shuffle." "Canyon Persuasion" is a pleasant laid back piece featuring Roderick's strummed acoustic guitar and DeBacker's Leslie speaker-amplified electric instrument. "Lovely Ladies" is more of an all-out rocker with some somewhat herky-jerky time signatures, while "Denver Dame" may very well be an autobiographical piece that deals with Roderick's life experiences in Colorado. The traditional "Maid of Constant Sorrow" is definitely Nevada Jukebox's highlight and, in fact, just might be the heaviest version of this particular song ever committed to wax. Folk rock was a dying breed by the time this album came out, but bands like this weren't going to let the genre go down without a fight. Seriously, this rendition of this venerable warhorse fuckin' rocks, especially with the outstanding guitar interplay between Roderick and DeBacker. "Shake It and Break It" is a decent cover of a song originally done by prewar Delta blues legend Charlie Patton and features the boys in the band - DeBacker and Williamson - handling the lead vocal duties. More early 1970s vibes and plenty of cowbell are to be found on the rock-meets-folk-meets-country-meets-funk piece "Callin' You Down." After a fine arrangement of the traditional "Country Girl Again," there is some really nice slide guitar work on "American Money Blues." The closer, "Do What I Tell Me To," is a tune in the same bag as "Cocaine Shuffle" and "Callin' You Down" - definitely a product of its time.

While no masterpiece, you could definitely find worse ways to spend 40 minutes of your life other than listening to Nevada Jukebox. Check it out
~~record-fiend
... read more 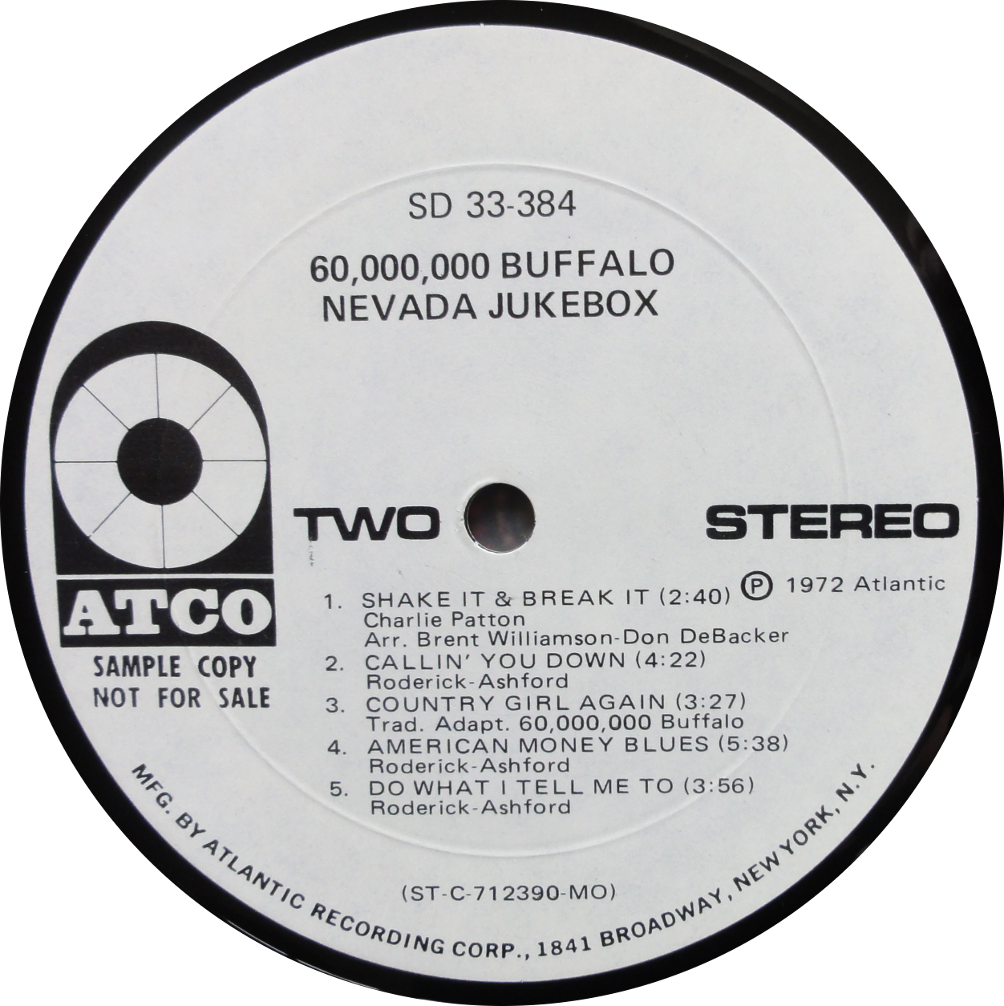 Side One:
A1 Royalty Rag
A2 Cocaine Shuffle
A3 Canyon Persuasion
A4 Lovely Ladies
A5 Denver Dame
A6 Maid Of Constant Sorrow
Side Two:
B1 Shake It And Break It
B2 Callin' You Down
B3 Country Girl Again
B4 American Money Blues
B5 Do What I Tell Me To 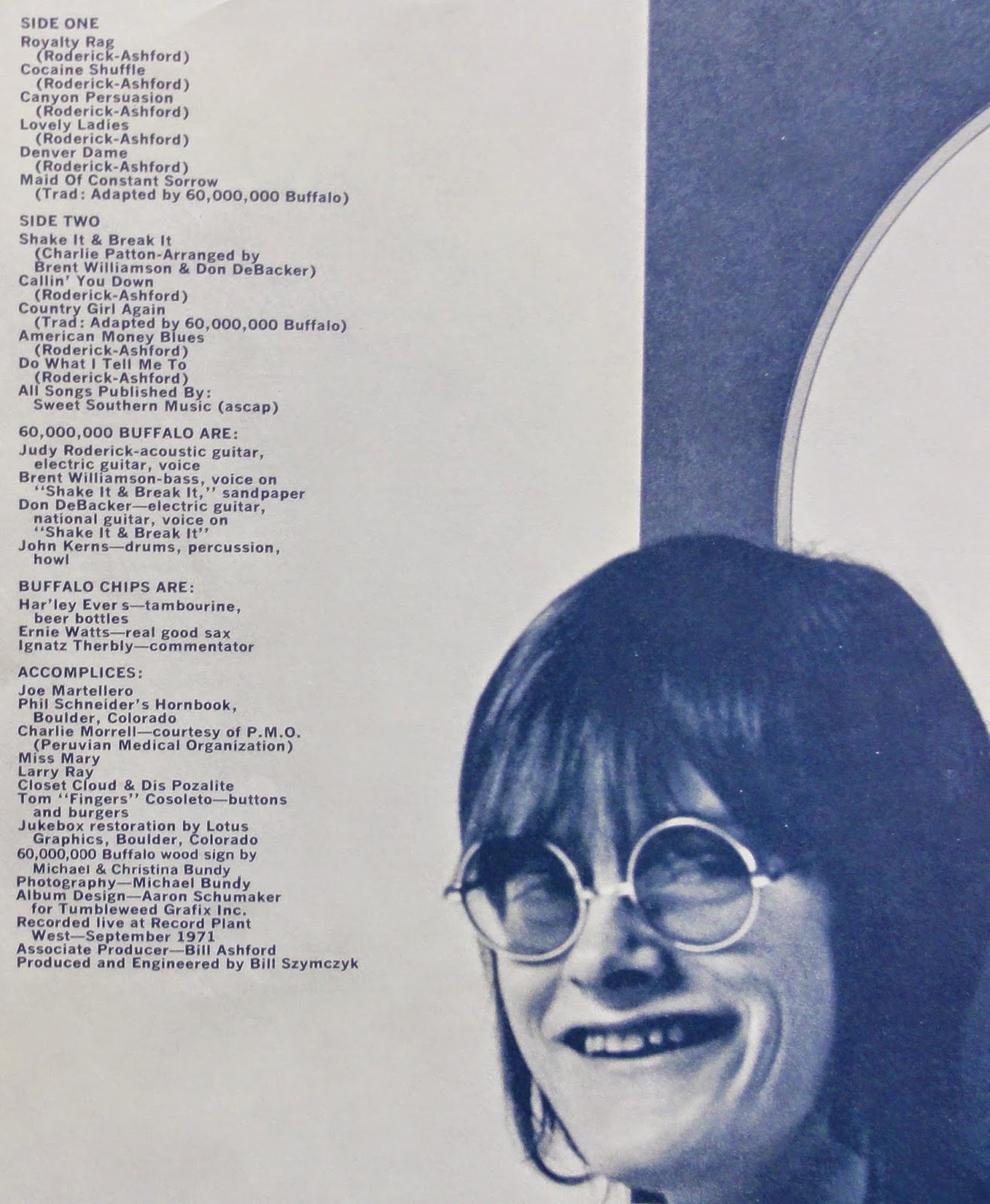