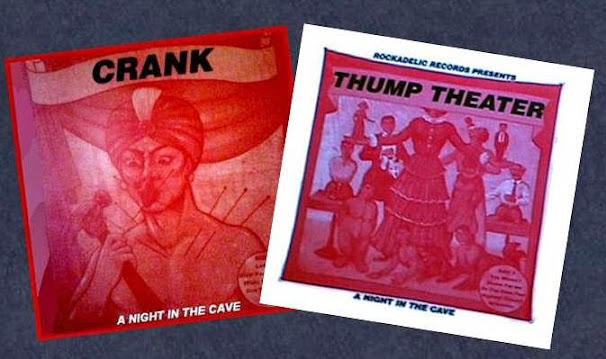 Heavy-rock with progressive touch, split lp unearthed by the rockadelic label featuring ultra-rare underground 70s hard rock sounds (c. 1971) with one side by each band. These tapes came from the Cavern Sound Studios (Stoned Circus, Bulbous Creation, Phantasia, Trizo 50); the Crank tape had ‘Zep Jr.’ written on the box, which is pretty accurate frame of reference. As for Crank's music, it's consistently heavy, tightly played energetic hard blusey rock, packed with sharp riffs. Owing a debt to Led Zep no doubt, but with it's own brand of aggression it stands on it's own merit as the sound of a young and extremely talented band that could have gone on greater success. The final track regresses slightly in to standard blues-rock, but this is eminently forgivable, acknowledging the influences this music emerged from.Thump Theater offers a more progressive rock sound with some good guitar breaks and catchy lyrics. Last copies from a long gone edition from 1997 of around 750 copies. 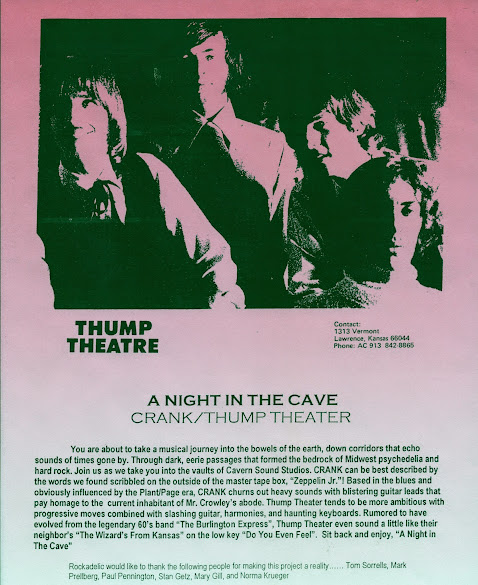 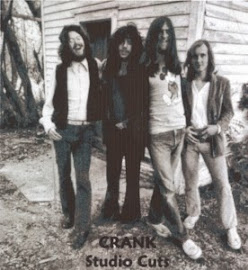