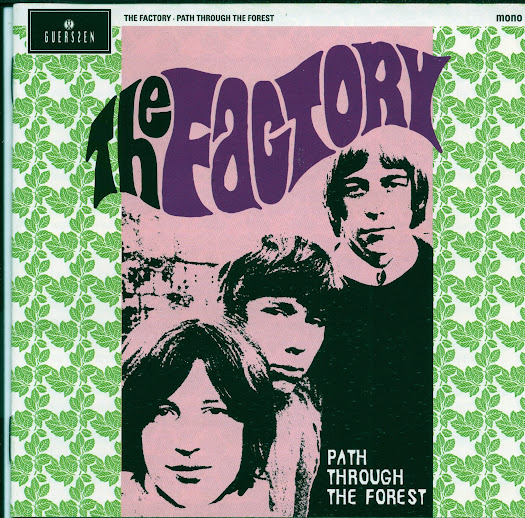 The group started out as The Souvenir Badge Factory, but shortened their name to The Factory and signed to MGM and then CBS. The group's members were Ian Oates (guitar and song), Jack Brand (bass and song) and Bill MacLeod (drums).

Sixties  freakbeat legends get a new legit re-release of their complete available recordings and Guerssen is the proud new home for them.

A cult freakbeat and psychedelic group, well-known for such all-time classics as Path Through The Forest andTry A Little Sunshine, Factory released only a couple of 45s (both of them obscenely rare, rarely showing up anywhere).

Here we get the four tracks appearing on these 45s, plus a couple tracks taken from acetates (killer covers of Family’s Second Generation Woman and Fairport Convention’s Mr. Lacey), as well as a new mix of Path Through The Forest that includes the original psychedelic effects that were supposed to make it to the actual release, but were dropped out by the MGM label supervisor. Remastered sound (Second Generation Woman comes from a previously though destroyed acetate that does suffer some from wear!) and with liner-notes by Factory’s producer Brian Carroll. 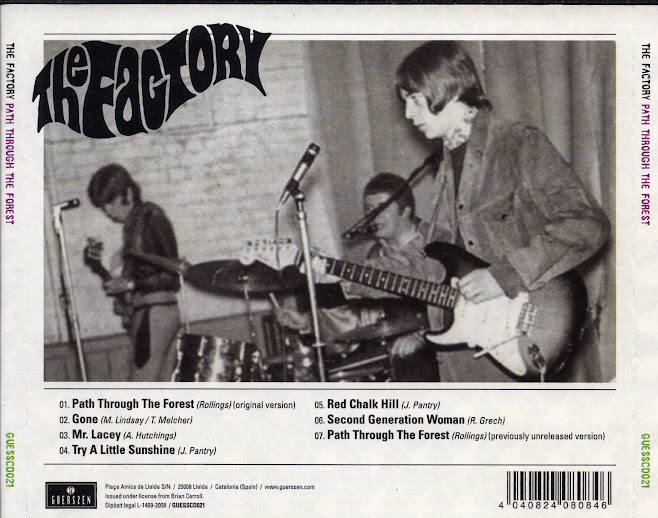