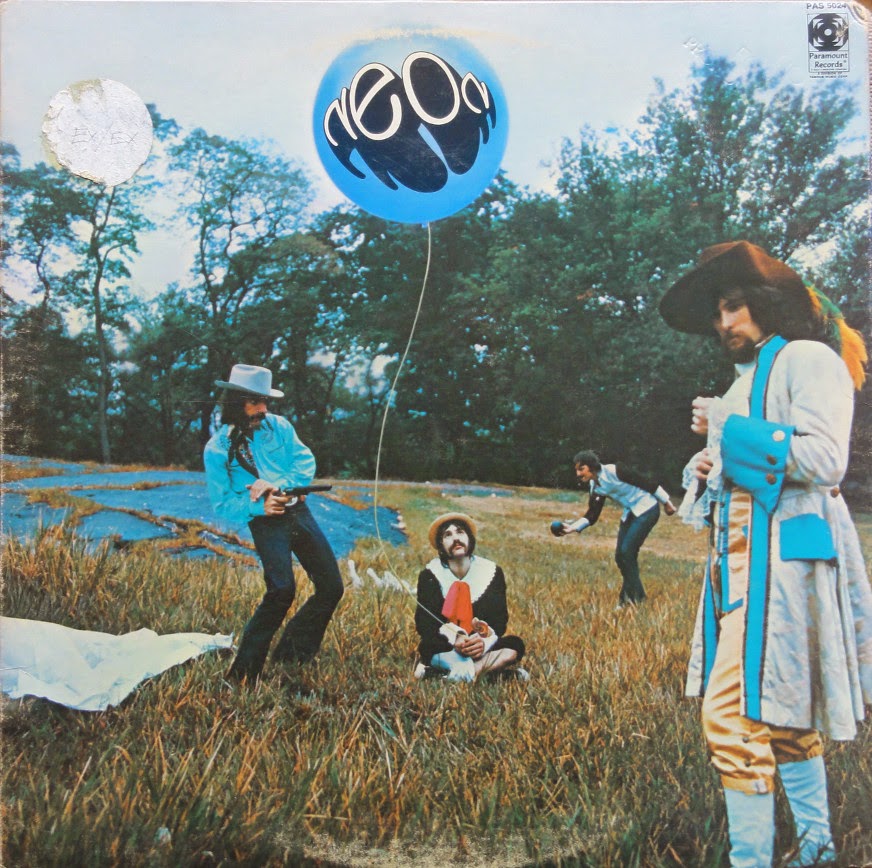 A nice surrealist looking cover, and the music to back it up. Some rather cool psych, with plenty of blues rock jams and some hard rockers as well. Neon has passed the acid test. Produced by Tommy James
~ music_emporium (discogs)

Don't know much about this early-1970s quartet (guitarist Peter Brannigan, keyboard player Francis Crabtree, drummer Russell Leslie and bassist Fung Porter). Their prime claim to fame seems to rest with the fact their 1970 debut album was produced by Tommy James and Bob King (the pair also handled musical arrangements and contributed one song to the set). In spite of the dumbs*it cover, "Neon" is actually a surprisingly good heavy rock album. With Crabtree penning the majority of the material, the set offered up a nice blend of guitar rock ('Mountain Baby' - ignore the ponderous drum solo) and more commercial moves (check out the Tommy James and the Shondells-styled harmonies on 'Hold Back My Tears'). Personal favorites were the band's cover of James' 'Dark Is the Night' (always liked that 1960s sitar sound), the rocker 'Can't Stop Myself (From Loving You)' and the mildly psychedelic 'Magic Man'. Listening to the album a couple more times, the set sounds like something The Shondells might have done had the ever elected to go for a tighter, AOR audience - that's meant as a compliment. A pleasant surprise and a bargain at the asking price ... (The album was originally released with a gatefold sleeve.)
~badcat 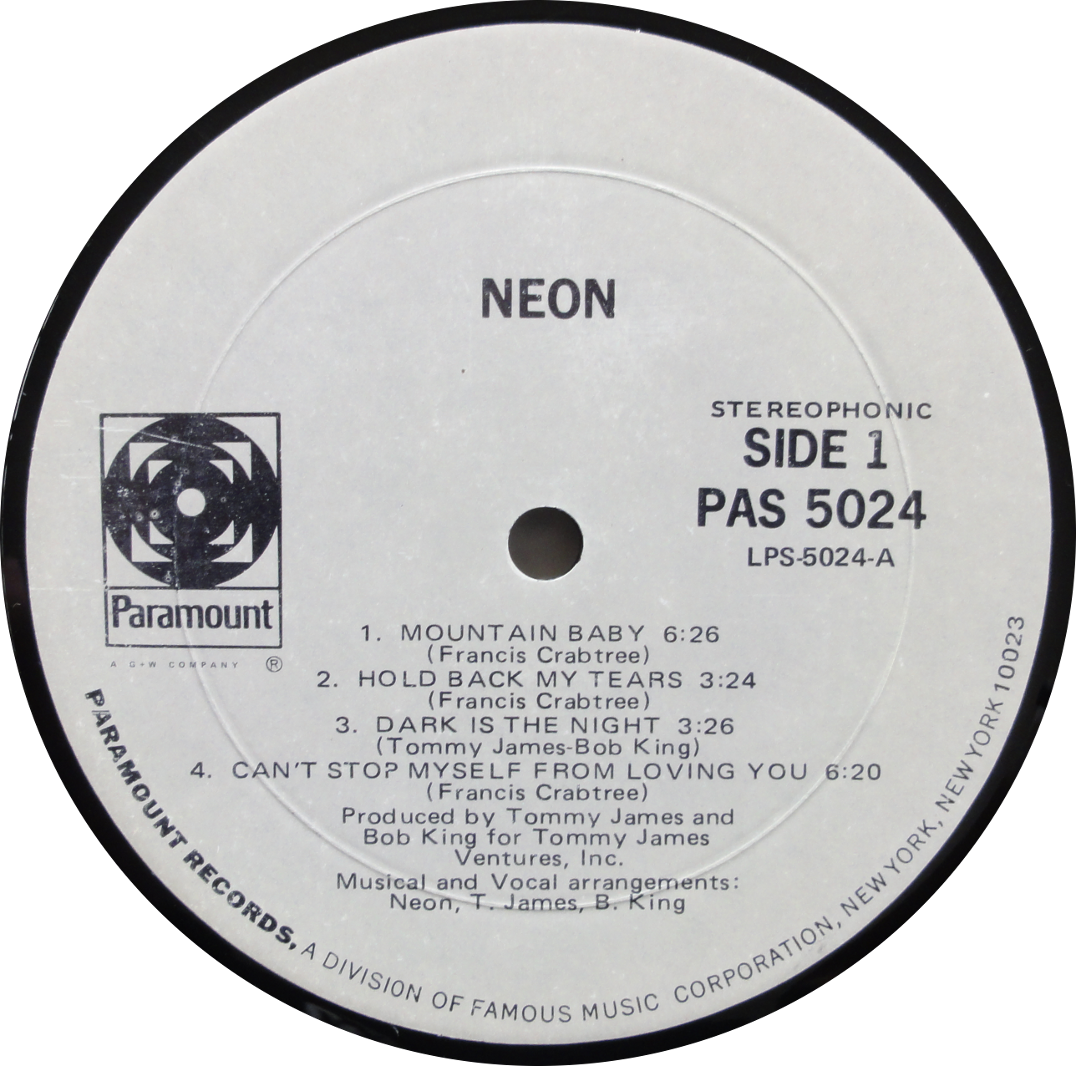