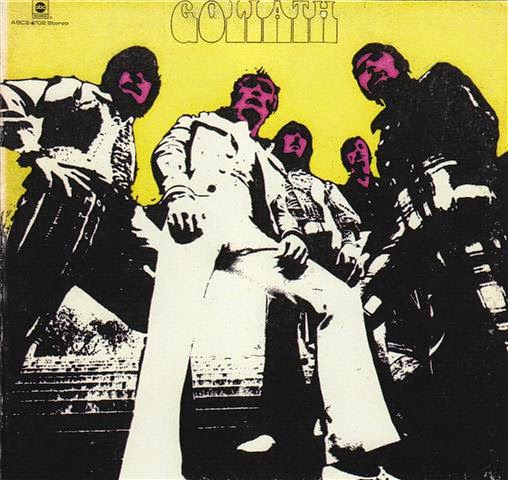 - One of three tracks co-written by Barbella, 'Yesterday's Children' had that Fudge-styled heaviness that you either love, or hate with a passion.  Propelled by Jason's rugged voice, this one was clearly intended to underscore the band's reputation as a 'serious' outfit, but today the results come off as over-the-top and outright pompous.  The brief highlight came in the form of  Dennis Jason's short, stabbing fuzz guitar solo.  Should have let him have a little more spotlight time ...    rating: ** stars

- 'Can't Stop Feeling Lonely' was a pretty ballad, that would have been even better had Jason been able to handle the vocal with a bit more subtlty.  As it was, this one could have been mistaken for a David Clayton-Thomas solo effort (not a good thing).    rating: ** stars

- Be interesting to know it Curtis Mayfield ever heard this cover of his song ...   I suspect he wouldn't have been all that thrilled with this overwrought, gut wrenching version.  I sure wasn't.     rating: ** stars

- I remember listening the mid-tempo 'Time and Time Again; three times in a row and being unable to remember anything about it other than the female backing singers ...    rating: * star

- So remember this album was recorded during the height of Vietnam so I'm guessing this was intended as the band's comment on the conflict.  Built on the traditional hymn, complete with martial drums, this one added stabbing organ, war sound effects, a spoken word segment, and kind of a jazzy mid-section to make it mildly entertaining.  Imagine Vanilla Fudge doing an anti-war song and you'll have a feel for this one.   rating: ** stars

- Hum, all hyperbole aside, side two's extended cover of The Beatles 'Eleanor Rigby' may stand as one of the worst Fab Four covers I've ever stumbled across.  Is it possible to record something that's uber-heavy?  Well, if so, these guys managed to do it, turning what was originally a slightly pompous slice of social commentary into a mind-numbing slice of social commentary.  Yeah, this one managed to make Vanilla Fudge sound like a bubblegum pop outfit ...   rating: ** stars

- Not that it was a great pop song by any stretch of the imagination, but after some of the earlier efforts 'Come with Me (To My World)' at least showed a semblance of a lighter, more radio friendly sound.  rating: *** stars

- As a huge Otis Redding fan I've always thought his version of 'Loving You Too Long' was a bit on the over-the-top side.  The seemingly endless Goliath version made me revisit that contention.  Once again, with this arrangement these guys managed to turn a classic soul song into a funeral dirge.   Please make him stop woman ...  rating: ** stars

- Wow, the soul-tinged  'Are You Lonely For Me Baby?' had some of the worst backing vocals I've ever heard.  On a positive note Dennis Jason's brief fuzz guitar solo was nice.  Wonder why he wasn't given more time in the spotlight ...    rating: ** stars

- The line group original, 'Jacksonville Express' was little more than a minute's worth of train sound effects.  Hardly a song ...   rating: * star Goliath - Loving You Too Long