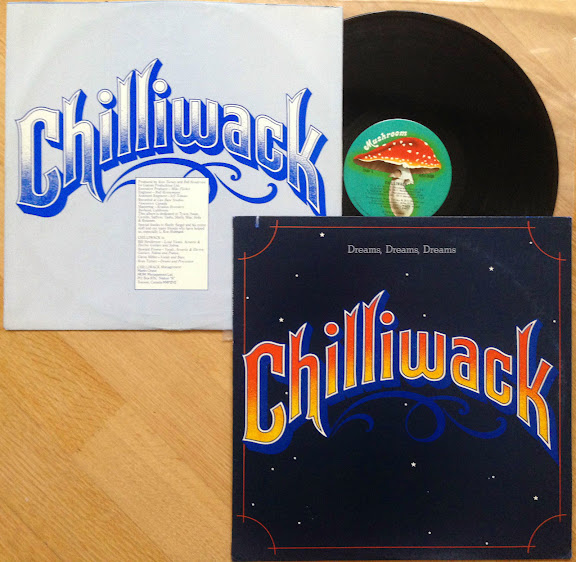 The band initially formed as the Classics (1964) in Vancouver, British Columbia, but later changed the name to The Collectors(1966). Their psychedelic self-titled debut album yielded the minor hit "Lydia Purple". Their second album was based on the musical score written by the band for a stage play by Canadian playwright George Ryga, Grass and Wild Strawberries.

Chilliwack effectively began with the departure of vocalist Howie Vickers from the Collectors in 1969; however, the band didn't change their name until 1970, to Chilliwack, a Salish term meaning "going back up" and the name of a city east of Vancouver in theFraser River valley. With lead guitarist Bill Henderson now providing most of the vocals and doing most of the composing, the band released several records that were moderately successful in Canada. Hit singles in Canada included "Lonesome Mary", which entered Cashbox January 22, 1972 "Crazy Talk" and "Fly at Night". The album track "Rain-o", a blues-based composition that appeared in different versions on the Chilliwack debut album and the later Dreams, Dreams, Dreams, was a well-known concert favourite.

Their album 'Riding High' on Goldfish Records (Terry Jacks' Label) contained one of their biggest hits, Crazy Talk which was produced by Terry Jacks.
However, Chilliwack had a difficult time sustaining any success because of their constant label changes. The two Collectors albums were on Warner Brothers, and Chilliwack's first five albums were on four different labels in Canada: Parrot, A&M, Goldfish, and Casino Records. When the band finally found relative stability and success with Vancouver's Mushroom Records, with distribution throughout North America, the label went bankrupt so abruptly in 1979 that Chilliwack's third album for the label, Breakdown in Paradise, was barely released.
In 1978, Brian MacLeod (guitar, drums, keyboards) joined the band for the Lights from the Valley album, and Ab Bryant (bass) joined the band for Breakdown in Paradise, with the other members except for Henderson departing. Chilliwack then signed with Solid Gold Records in Canada and Millennium Records in the U.S. as a trio and enjoyed its greatest success with this new lineup, releasing the albums Wanna Be a Star and Opus X. The singles "My Girl (Gone, Gone, Gone)" (1981), "I Believe" (1982), and "Whatcha Gonna Do (When I'm Gone)" (1982) were popular both in Canada and in the U.S. Rolling Stone Magazine wrote:

"At their best, Chilliwack was the finest Canadian rock band, outrocking BTO and outwriting Burton Cummings. But a lack of consistency kept it from international success."

Henderson and MacLeod received a Best Producer Juno Award in 1982 for Opus X. However, echoing the Mushroom problems, Millennium Records then collapsed. MacLeod and Bryant left the band soon after, and Chilliwack's last new studio recording was released in 1984 with Henderson as the only continuing member. Henderson continued to tour as Chilliwack with other players until December 1988. In 1989 Henderson went on to form the folk-rock supergroup UHF. Henderson also continued touring with Chilliwack, releasing a new live album in 2003.
2005 saw Chilliwack play Voyageur Days Festival in Mattawa, Ontario, Canada (near North Bay) with other Canadian bands Moxy, Toronto, Trooper, Goddo, Killer Dwarfs andRay Lyell for the thirtieth anniversary for release of the debut album by Moxy.
Bass player Ab Bryant's son Matt Bryant is the singer/songwriter and founding member of Canadian roots/folk band Headwater. (wikipedia.org)

Dreams, Dreams, Dreams is the sixth album by the Canadian rock band Chilliwack. After Chilliwack's failure to find an audience with Rockerbox, this album (with the same lineup) marked the band's return to the top 10 in Canada with "Fly at Night", while "California Girl" and "Baby Blue" were also Top 40 hits there. "Rain-O" was a remake of Chilliwack's first hit. 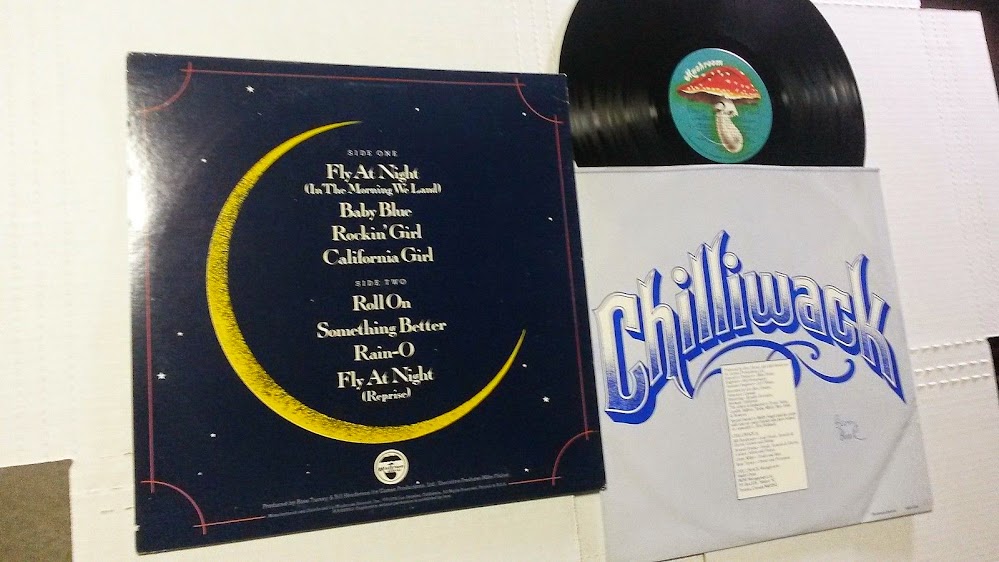