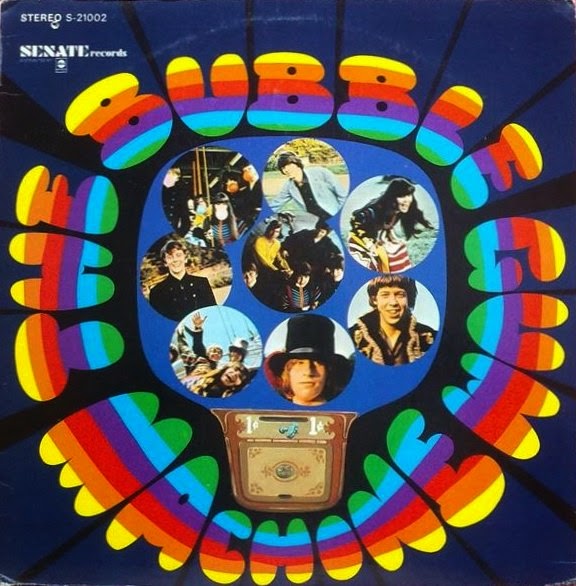 Here's another one I haven't been able to learn much about. A five piece (judging by the cover and first name liner note credits), they seem to have been a studio project for producer/writer Wes Farrell. Released by the ABC affiliated Senate label, their self-titled 1967 album featured a decent mix of Farrell-penned originals ("Wha'Cha Gonna Do For Me Now" and "I Wonder") and popular covers (Beatles, Buffalo Springfield, The Bee Gees, whose "To Love Somebody" was mis-credited to Robert Gibb - think they meant Robin Gibb.
To be honest, "The Bubble Gum Machine" isn't going to drastically change your life. The uncreditted male vocalist had a decent enough voice, while their attractive female singer ('Vicki' - no last names shown on the credits) had a voice than bore a passing resemblance to Cass Elliott. Unfortunately, as far as mid-1960s music goes, nothing here is particularly original or inspiring. 'Bout the best you can say is that "The Love of a Woman" has a certain top-40 charm and they would have made a great bar cover band.(Bad Cat)
~redtelephone66 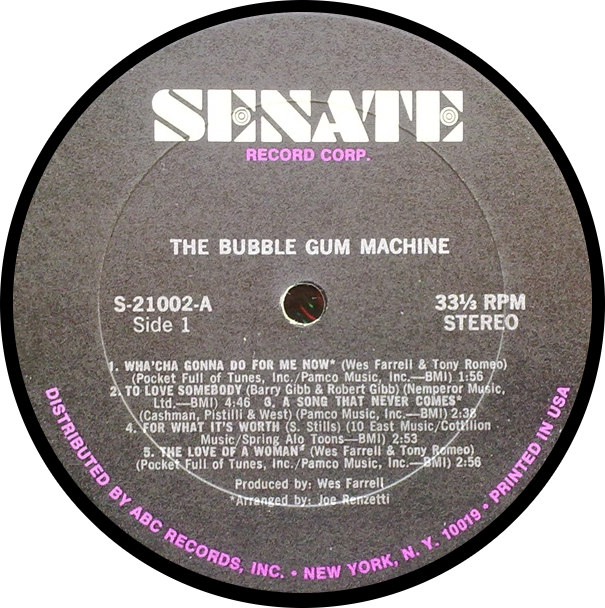 The Bubble Gum Machine - I Wonder

The Bubble Gum Machine - To Love Somebody