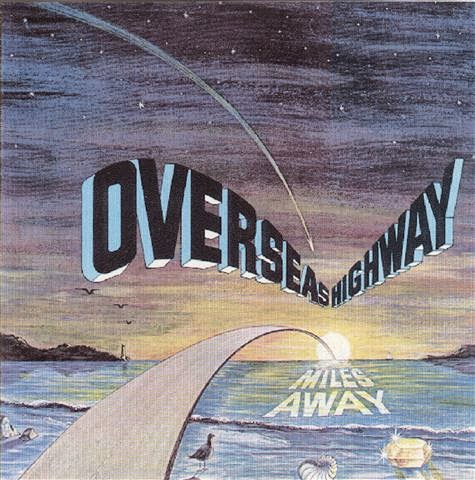 Three piece hippie band that originly formed in 1970 in Key West, Florida. Progressive psych LP with only two band members remaining, Lenny Perez sadly has passed on. Tunes. Some Dead style guitar jams. "Topaz" has a nice psych middle eastern sound with a long guitar solo, this is a great jam. "Melodic Motion" has an almost Robin Trower sound with phase shifter. "Re Entry" is more progressive with a long drum solo and nice guitar. "Time Delay" is very original with a mellow almost euphoric trippy feel. "Space Jam" and "Nautilus" have that almost spooky edge. 250 press and there are very few around they are becoming quite rare. Reason doesn`t. And all have wrinkles on the labels or at least on one side. Miles Away was recorded at Criteria Studio Miami, Florida 1978.
~zosopat

There were a handful of bands in Key West during the 60's and 70's that would be considered psych and garage. Many of the band's members moved around and formed other bands. Some of the local musicians were in many different bands during this period. Overseas Highway is one of the more prominent bands from Key West. They recorded a couple albums worth of material and released two LP's. This, their main LP is their most sought after release. Jazzy Psych throughout. Very desirable and very rare. About 600 copies made.
~popsike

Side one:
A1 Miles Away
A2 Earth Abuse
A3 Reflecting Moods
A4 Space Jam
A5 Nautilus
A6 Topaz
Side two:
B1 Part Of Me
B2 Essence Of The Future
B3 Melodic Motion
B4 Re Entry
B5 Time Delay