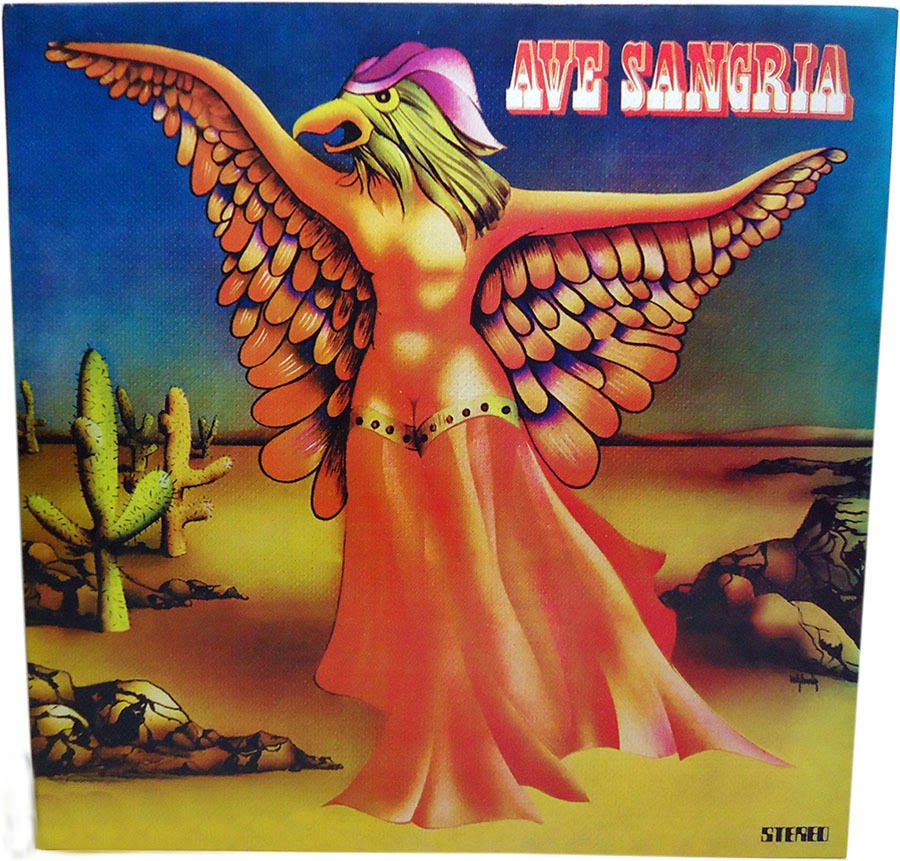 The northern Brazilian band AVE SANGRIA began as the TAMARINEIRA VILLAGE around 1968 but were renamed before releasing their only album in the mid-seventies.The band's music includes a unique blend of acoustic, ethnic instrumentation and percussion, electric and sometimes fuzzed guitar, disjointed rhythms and what can only be characterized as a glam-rock persona consisting of outrageous dress and makeup, exaggerated stage movements and often falsetto vocals.They used lipstick, kissed on stage, made dirty songs about pirates, dead girls and Satan. Some called them “fags”, some said they were a threat to the pure ladies of the town. Ave Sangria scandalized Recife city in 1974 in the same way Rolling Stones did in London ten years earlier. In fact, they were known as the “Stones from Northeast” (referring to Brazil’s geography).Its an incredibly well rounded listen. At times recalling early Tyrannosaurus Rex, and at others sounding not unlike a Brazilian Black Sabbath or something, with some really tough, fuzzed out thug-rock instrumental passages. The vocal delivery moves between an aggressive punky sneer and the aforementioned Bolan/Took chants. It all has the requisite laid-back latin percussion, and some really nice jangly leads as well 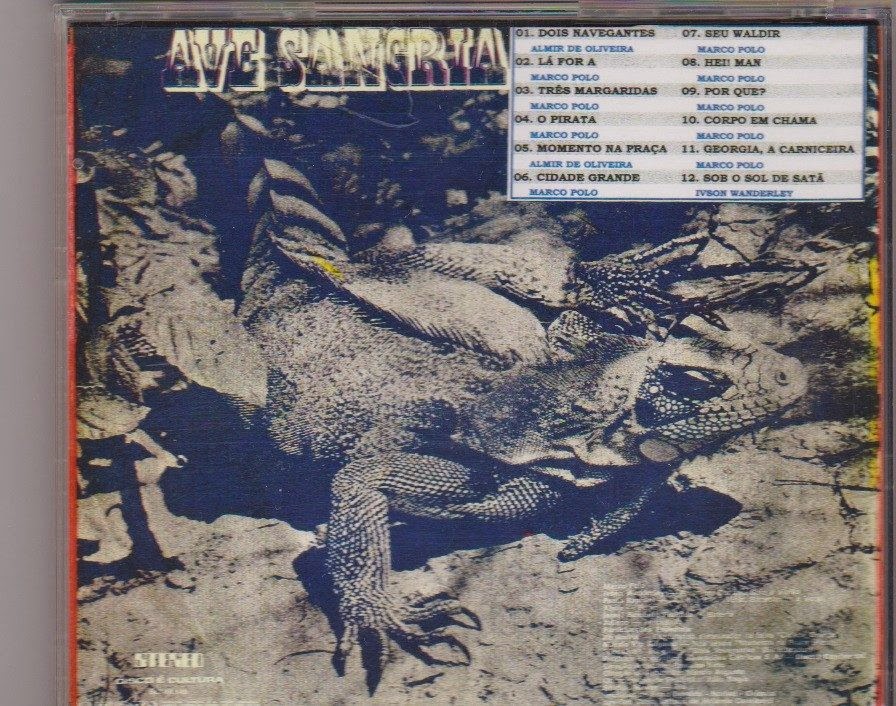 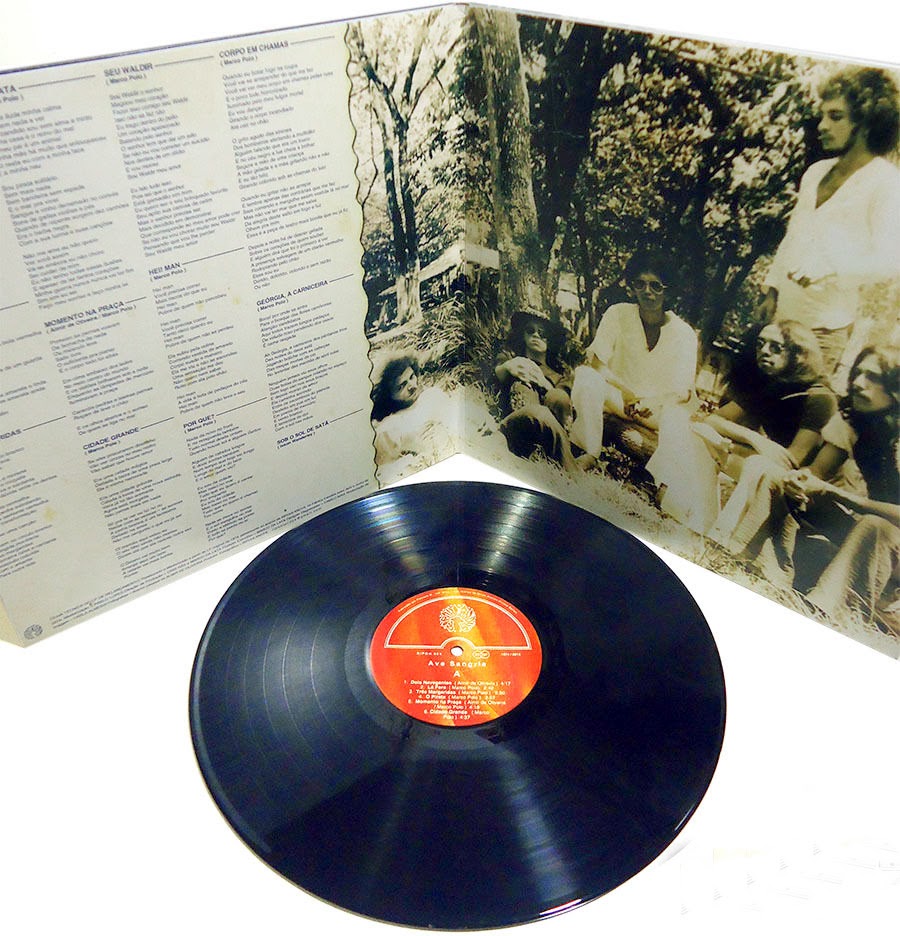