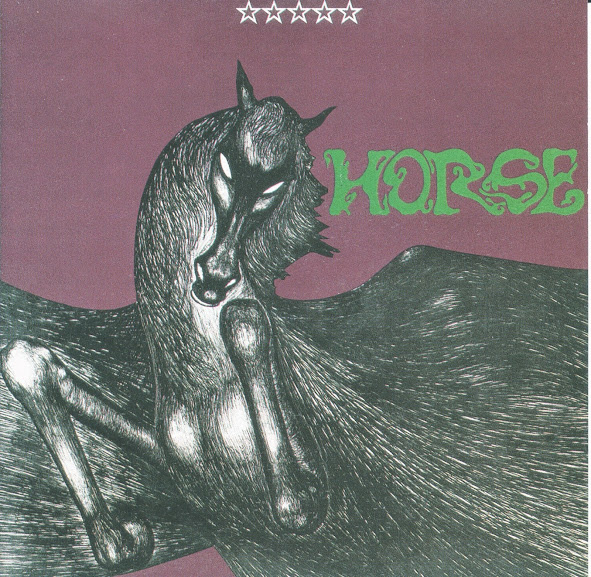 Turn on the CD ... greets us whine ... wolf ... ? ... and sound the bells ... guitar riff on the canvas of the "shouted" are the words of the song. Sometimes there is a little strange laugh. Macabre atmosphere with a very specific topic, close to work Black Widow. I do not really like this kind of subject matter, but nevertheless it is a fact that at that time a rock band quite often reached to this topic. Next songs are attractive to the typical conventions seek early hard rock.

Admittedly, sometimes the whole is a bit "archaic" ("Gypsy Queen", "Journey") to some of the songs are worth special attention: "It's great the sun", "See the people creeping round "and" Sacrifice ". Plate for a specific audience? Certainly yes, but (in my opinion) far behind "the great forgotten," such as the Andromeda group. The more that connects the two teams a few biographical facts. Menu Links Horse ~ in englishJednym of them was a record deal with RCA, which was known for its publications so. music center.
In addition to Andromeda and Skip Bifferty, Horse was one of the first groups Rock,, promoted by the label. It is worth mentioning that R. Roach guitarist played before the creation of a group called London. London group bass player was Mick Hawksworth, who later became a member of the final composition of the Attack and The Five Day Week Straw People, which later evolved into Andromeda. Roach was briefly hired to concerts to the last, when her guitarist J.DuCann hurt his arm (Sweet Floral Albion -23). However, the early group Horse, by Roach'a, you should look for in 1967-1968. That's when, together with A.Hawkins' em founded the group, which later recorded as Horse discussed on this page LP. It included also, with 15 years Drummer - Steve Holley (in SFA-23 is given the wrong name-Holly), who played earlier in his own group called The Formula.

The fourth member of the Horse was Colin Standring, who plays bass guitar. He previously worked with groups: Kit and the Saracens & Jimmy Brown Sound (also worth mentioning that in both groups of piano playing ... Ken Hensley, who later became a member of The Gods and Uriah Heep). In the composition group, performed by the second half of 1969. After signing with RCA / Victor, during Christmas 1969, Horse proceed to burn. However, the drummer sits a new member of the team - Rick Parnell. The record appears in the spring of 1970 years'
At that time, the group toured a lot. In summer 1970, at a period of 2 months, Ric Parnell is admitted to the group Atomic Rooster, after the departure of her R.Palmera. In late August, Parnell returns to the Horse (in Atomic Rooster P.Hammonda replaced it). Group still performs, but mainly in Germany. In the spring of 1971 (probably in April) re moving away from the group Ric Parnell. In the years 1971-1973 once again becomes a member of Atomic Rooster and later Italian Ibis, Nova and the legendary Spinal Tap. In the 90's there in the hard-rock group Brown Ring.

To know in detail his future career, the current activity (2004) as well as his hobby suggest visit his official website. But let us return to the group Horse. In 1971, Colin Standring, who at that time also studied at Surrey University, it is expelled. Also leaves the group Horse. To 1977 has performed throughout Europe with various teams have met accidentally. In the years 1977-1981 he lived in Munich and from 1982 to today in Zurich. Currently there with a dozen or so Big Band Sound. However, the other two members of the group Horse, R.Roach and A.Hawkins formed a new group called the Saturnalia. (Adamus67) 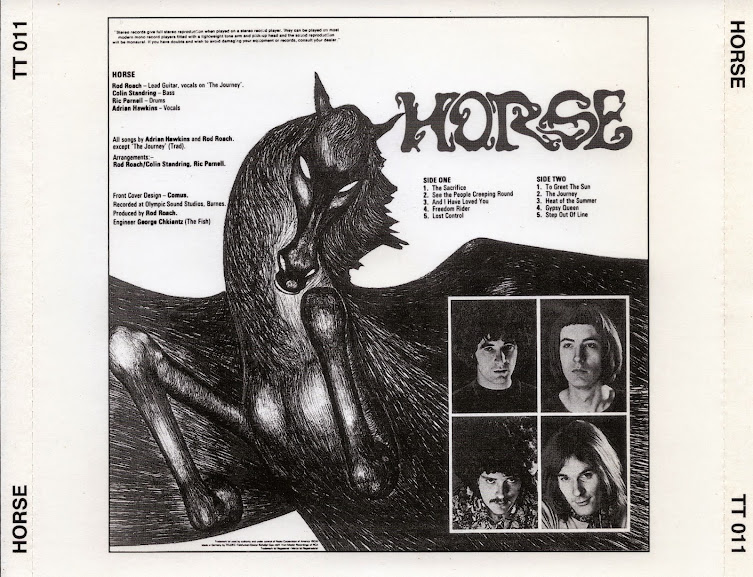