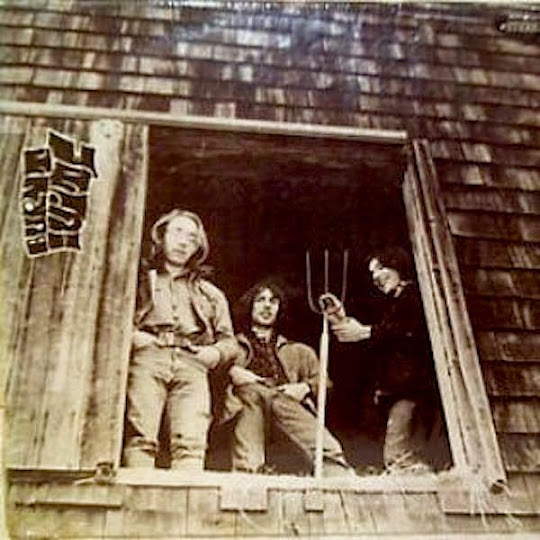 Released on the BJM label, 1972's S/T release by Burnt Suite is a mix of soft country rock, featuring some ballads, and harder rock, with mild psych influences. The lack of personnel, coupled with the spartan production, yields a rather thin sound over most of the LP, and a general garage sound that they may not have exactly been going for, but is very desirable to underground collectors. Grades - 3 B+'s, 1 B, 2 B-'s, and 2 C's. It should be noted that track B3 actually is comprised of 2 parts: the first is really part 1 of track B4, changing over to "Vindati Shanti" about halfway through. Then B4 picks up where part 1 left off in the previous track. Whew! Did you get all that? I'm not really sure what the intent was there, but I'm treating the first half of track B3 as a separate cut. The band were from East Hartford, CT. (tymeshifter)