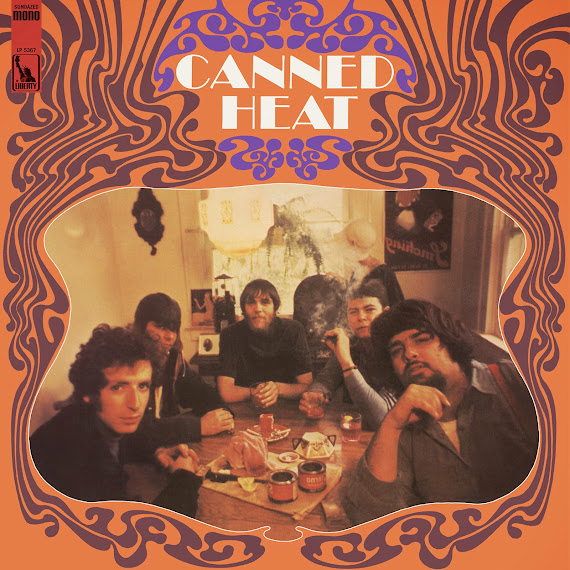 Canned Heat rose to fame because their knowledge and love of blues music was both wide and deep. Emerging in 1966, Canned Heat was founded by blues historians and record collectors Alan “Blind Owl” Wilson and Bob “The Bear” Hite. Hite took the name “Canned Heat” from a 1928 recording by Tommy Johnson.
They were joined by Henry “The Sunflower” Vestine, another ardent record collector who was a former member of Frank Zappa’s Mothers of Invention. Rounding out the band in 1967 were Larry “The Mole” Taylor on bass, an experienced session musician who had played with Jerry Lee Lewis and The Monkees and Adolfo “Fito” de la Parra on drums who had played in two of the biggest Latin American bands, Los Sinners and Los Hooligans.
The original lineup of Canned Heat on their first self-titled album was Bob Hite (vocals), Alan Wilson (slide guitar, harmonica, vocals), Henry Vestine (lead guitar), Larry Taylor (bass) and Frank Cook (drums). Coming from L.A., they stood out from other west-coast American bands in the era who were indulging in folk-rock and psychedelia. Canned Heat played pure no-frills blues music, and it's nowhere more apparent than on their debut album, which consisted of eleven blues covers. Nevertheless they were still popular as part of the hippie counter-culture, having played a well-received set at the Monterey Pop Festival, and then getting jailed in Denver, Colorado for drugs-related charges. They had to sell their publishing rights in order to pay their $10,000 bail. 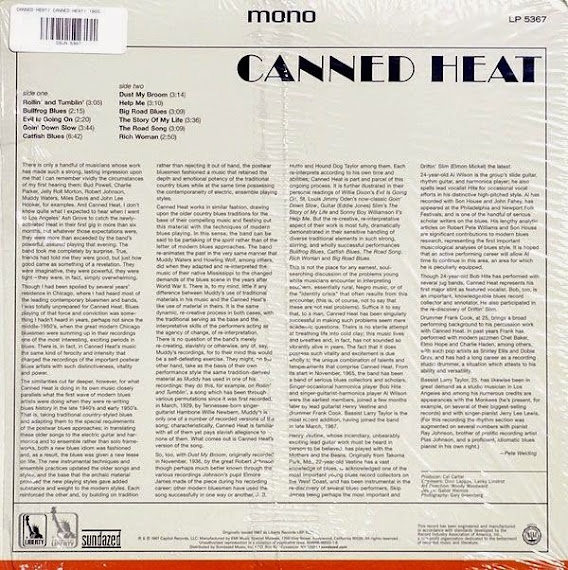 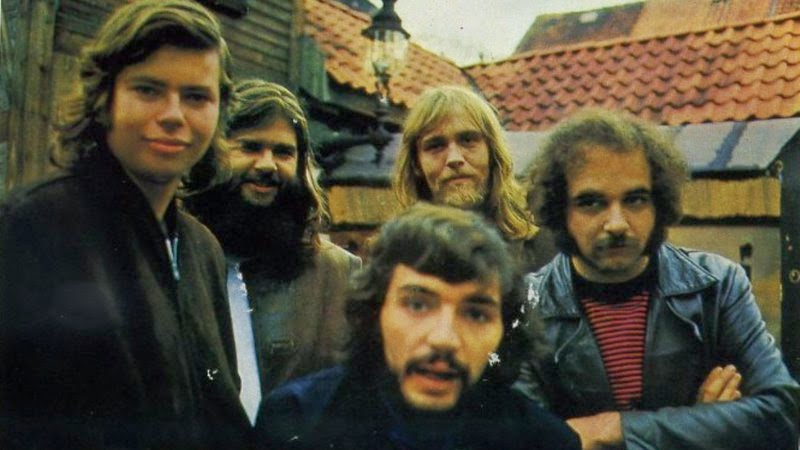