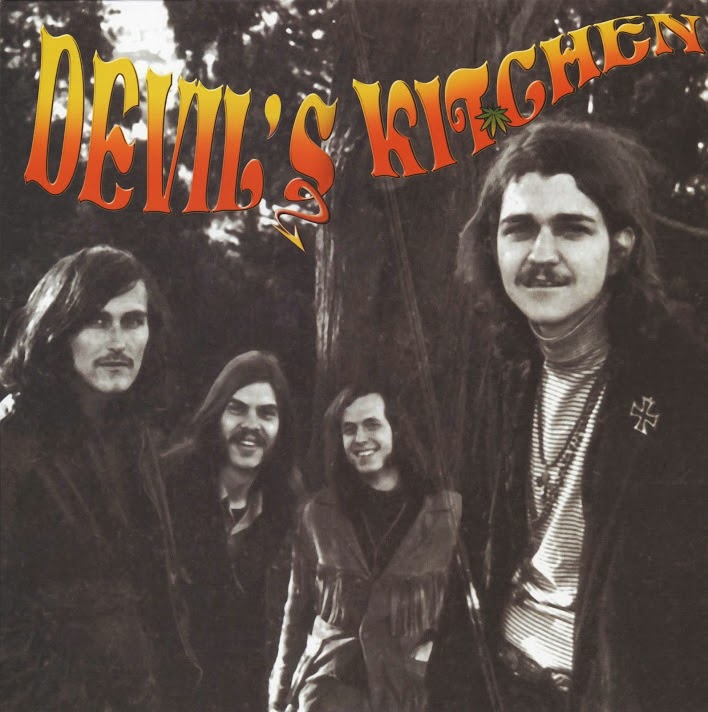 The first ever release by DEVIL'S KITCHEN, perhaps the best of the greatly talented but 'forgotten' bands from the legendary San Francisco psychedelic scene of the late 1960's.

This heavy guitar-powered psychedelic four piece band moved from their original Southern Illinois base to the Bay Area during The Summer Of Love. The band came to the attention of Bill Graham and Chet Helms in 1968 and was soon playing on a regular basis at The Fillmore West.

A short time later Devil's Kitchen became the house band at Helms' Family Dog Ball-room on The Great Highway in San Francisco and remained there in that capacity from the spring of 1968 until the summer of 1970.

Devil's Kitchen played all the major venues in The Bay Area and Los Angeles during this time period, opening for and playing frequently with many very well-known bands, including The Jefferson Airplane, The Grateful Dead, Santana, Quicksilver Messenger Service, The Allman Brothers, Big Brother And The Holding Company with Janis, The Charlatans and many, many others.

The band spurned a recording contract offer from Mercury Records in 1968, displeased with the lack of creative control offered them by the label. Consequently, they never released any recordings.

There are eight original unreleased tracks on this album and all were taken from the original master tapes that were recorded in 1969 at The Family Dog Ballroom On The Great Highway in San Francisco and the Sierra Sound Recording Studio in Berkeley.

The music has a great and unmistakable late 60?s acid-drenched West Coast guitar-driven blues-psych sound with snakey electric slide and roaring fuzz guitar throughout, provided by the talented Robbie Stokes who later went on to play with Quicksilver Messenger Service and appeared on Mickey Hart's 1972 'Rolling Thunder' LP, just to mention two of his many musical credits.

The discovery of these master tapes and this subsequent release of Devil's Kitchen's first full length album, more than forty years after the recordings were made, is an exciting find for the collectors of obscure 60's psychedelia. How a great band like this remained under the radar and unreleased for all these years is mystifying. 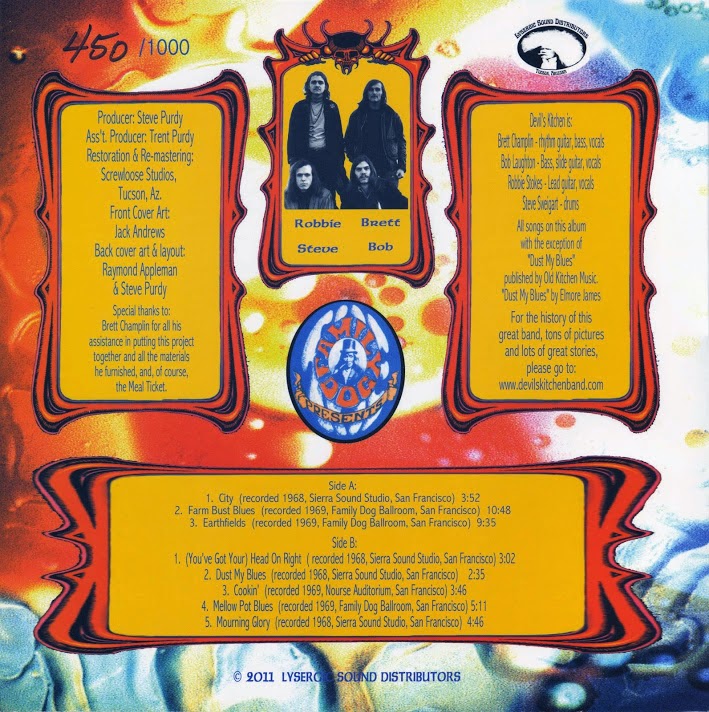