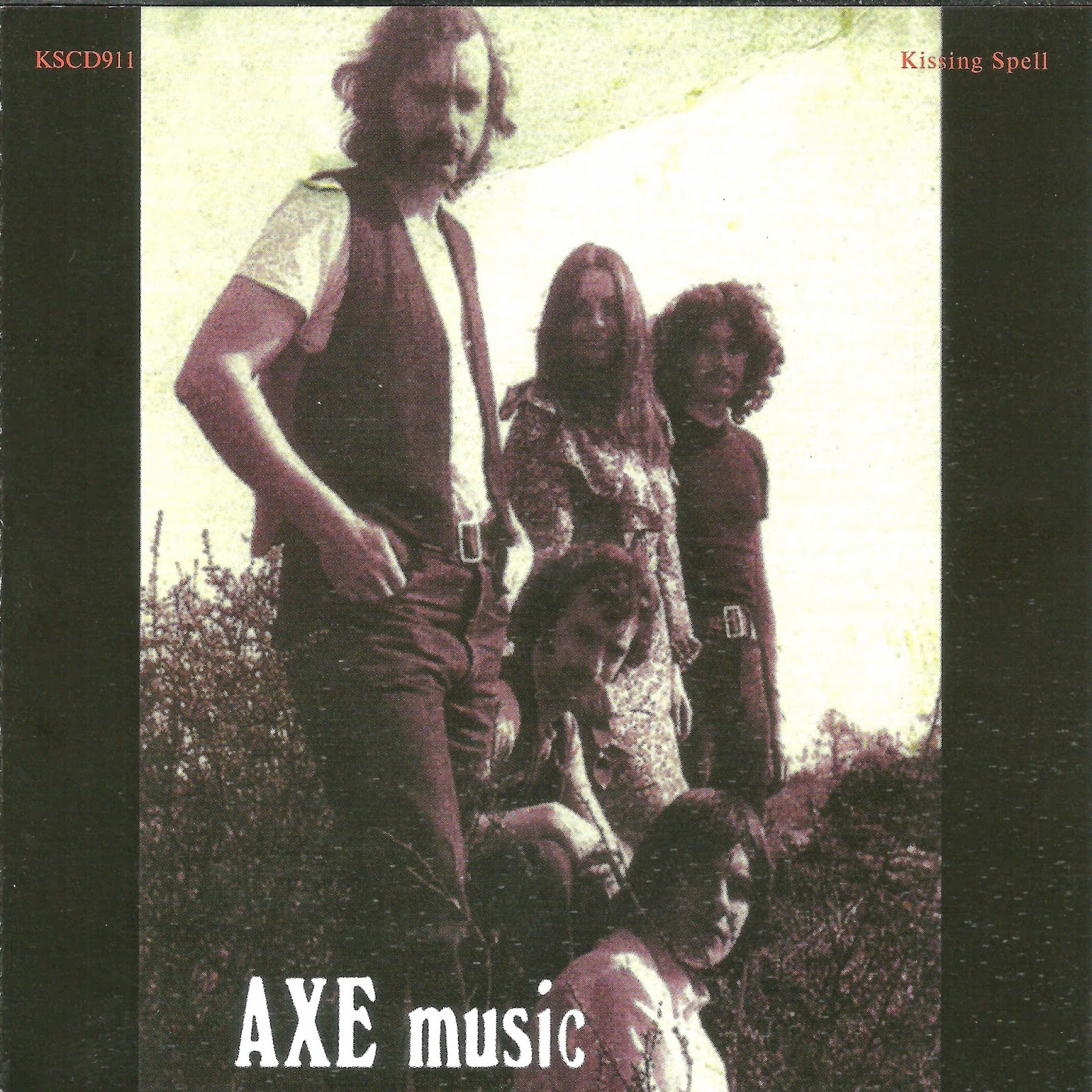 Rumored to hail from Northampton, UK act AXE (or AXE MUSIC according to alternate sources) were one of the most obscure acts in the field of psychedelic rock and hard rock of the late 60's.They made a handful of acetate copies of an album in 1969, named "Music" in the original version (or "Axe Music" if alternate sources are correct; and also released as "Live & Studio"), and in more recent years a live concert with the band performing cover versions of various tunes have emerged as a CD named "Live 1969".The line-up consisted of Vivienne (Countess Vivienne according to some sources) on vocals, A. Barford (guitars). R. Hilliard (acoustic guitar), M. Nobbs (bass), S. Gordon (drums, percussion). 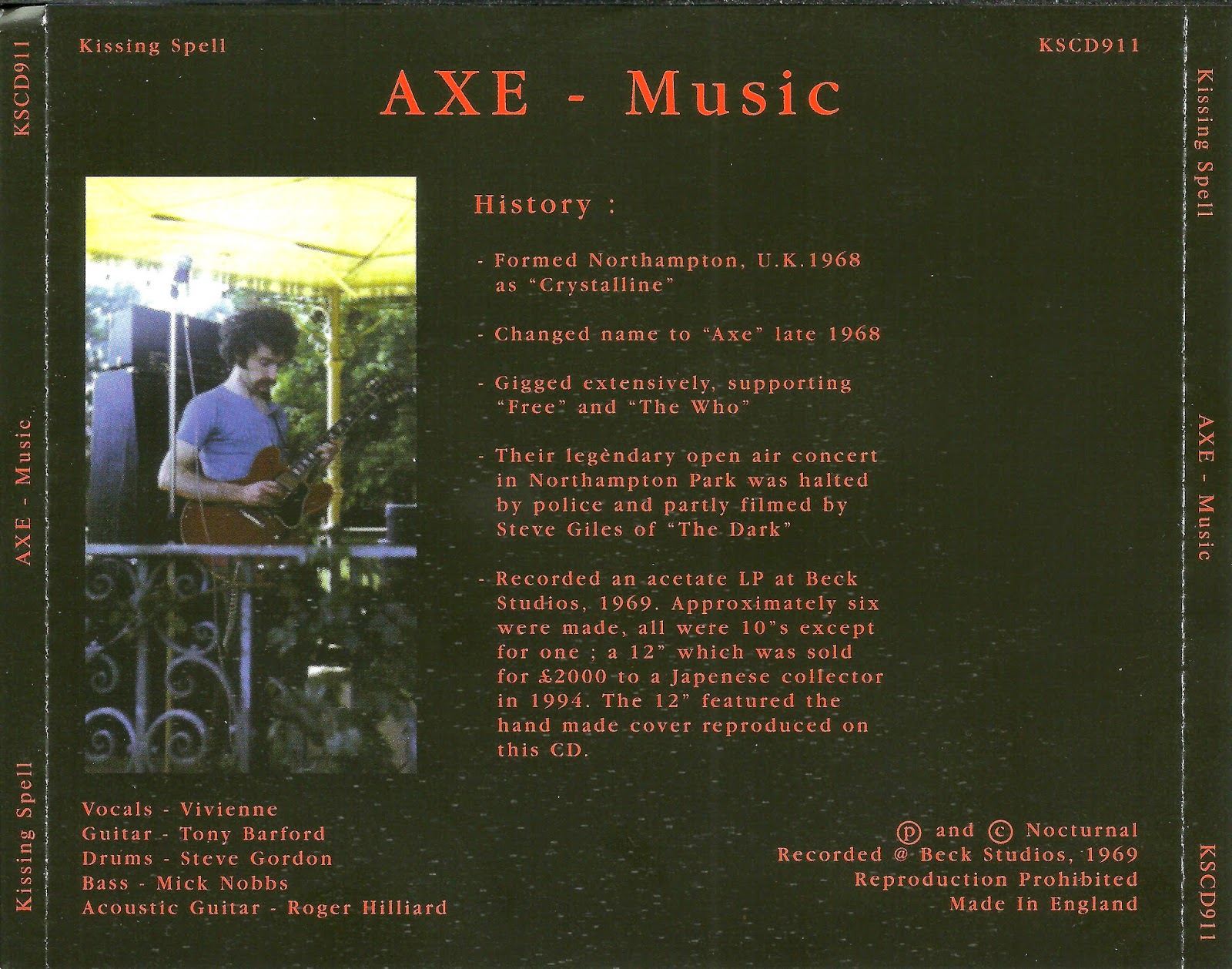