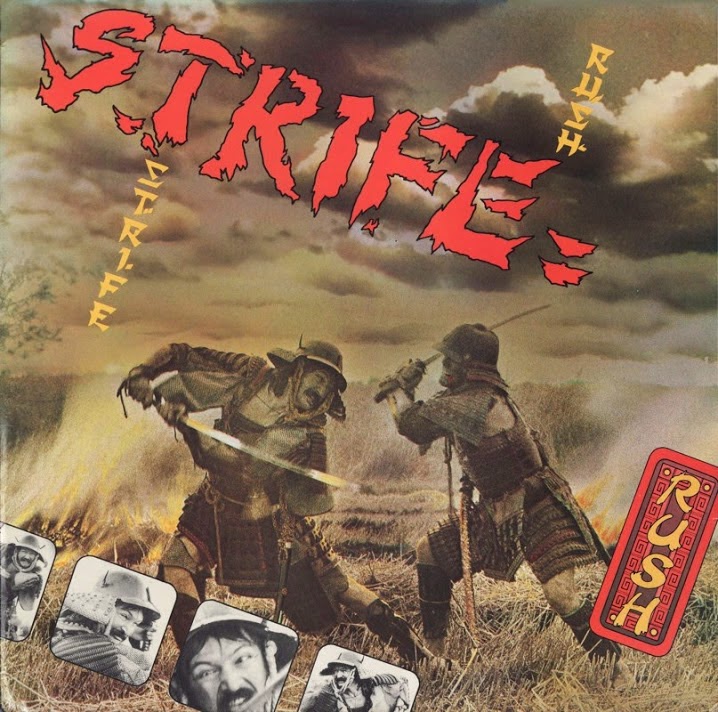 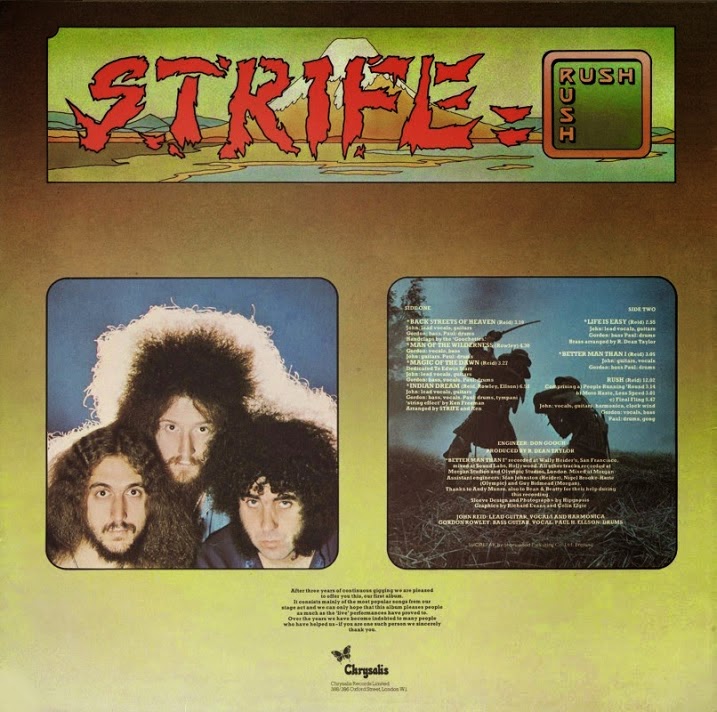 The record's big highlight is kick ass opener "Back Streets of Heaven", a hard charging catchy stomper in the Sweet vein. Much of the rest is jammy, but there's enough interesting moments throughout to warrant a spin every now and then.

When listening to this debut, Uriah Heep comes to mind, but I must say that Strife has a quite original sound.

John Reid is using a soft vocal style even though the music is sometimes heavy. His vibrato sound like Bryan Ferry's.
Most of the tracks are really good and I recommend this to those who like 70's heavy rock. Indian Dream is the stand-out track the rest is O.K. Probably hard to find these days but Metal fans might find it interesting.

A crossover between MC5 and The Sweet. Brilliant! 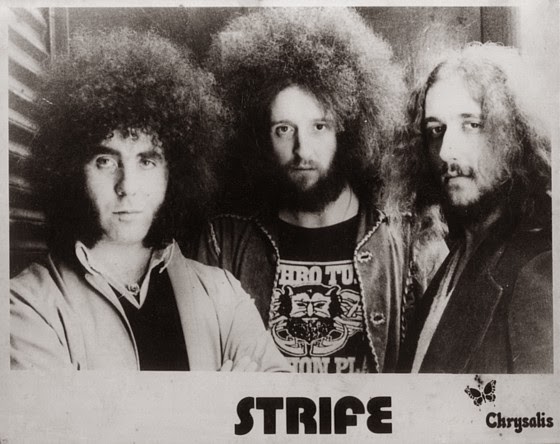