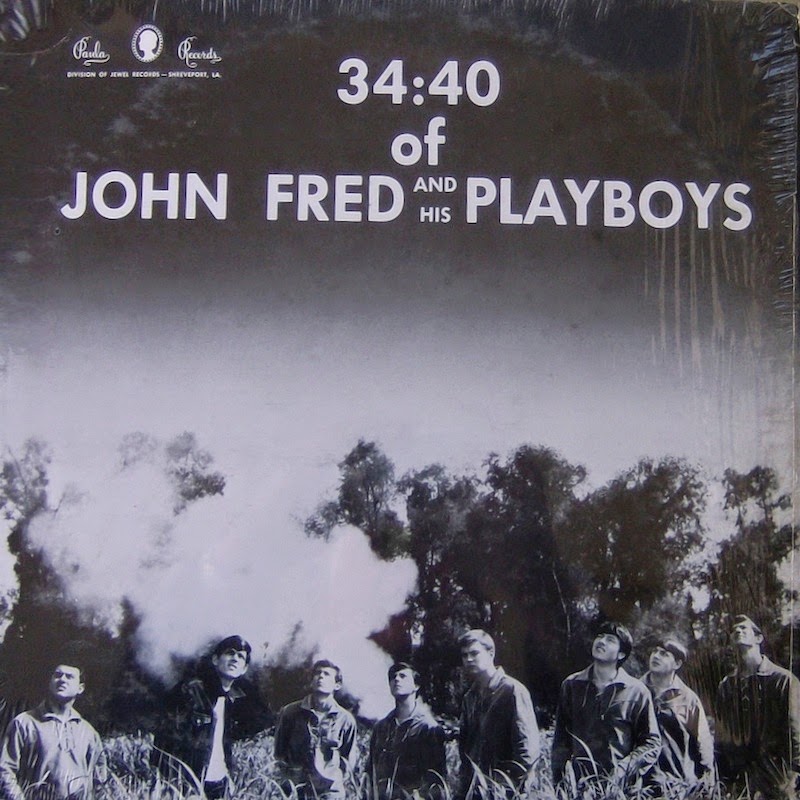 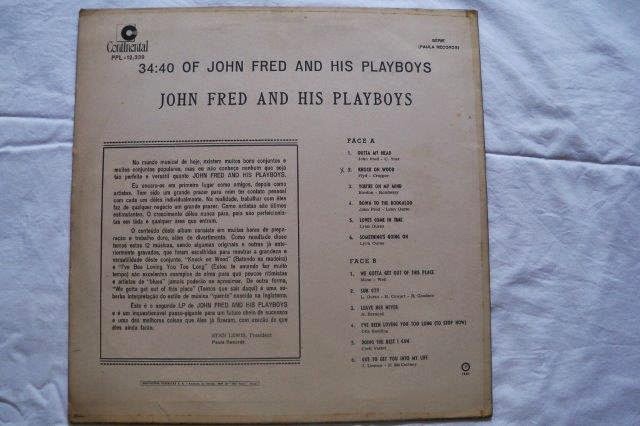 His group, John Fred and the Playboys, was formed in 1956 when Fred was 15; their first hit single was in March, 1959's "Shirley". He appeared on Alan Freed's show, but when Dick Clark asked him to sing on American Bandstand, Fred had to turn him down because he had to play in a basketball game. Fred played basketball and baseball at Louisiana State University and Southeastern Louisiana University.
By 1967, the band was renamed John Fred & His Playboy Band and Fred and band member Andrew Bernard co-wrote "Judy in Disguise", whose name is a parodic play on the title of The Beatles' song "Lucy in the Sky with Diamonds". The song, issued by Louisiana-based Jewel Records on the Paula label, became successful, knocking another Beatles song ("Hello, Goodbye") out of the #1 chart position on the Billboard Hot 100 for two weeks in January 1968. It sold over one million copies, and was awarded a gold disc. With the success of the single, John Fred & His Playboy Band was branded as a novelty act and never had another major success.
The followup single, "Hey, Hey, Bunny" peaked at #57 on the Billboard chart and the band never again hit the Hot 100. Only after years of struggles did Fred obtain full legal rights to "Judy in Disguise" and its royalties. [wikipedia.org/]
John Fred Gourrier was born in 1941 in Baton Rouge, Louisiana. His father, Fred Gourrier, had played professional baseball with the Detroit Tigers organization. In 1956 John formed a band that he called John Fred and the Playboys, a white group that played primarily rhythm and blues music. While still in high school, they cut their first record in late 1958 with Fats Domino's band. The song was titled Shirley and John Fred and the Playboys saw their song rise as high as number 82 on the national record charts. The group also cut other singles that were not as successful, working at times with Mac Rebennack and with the Jordanaires. JohnFred attended Southeastern Louisiana University from 1960 to 1963 and spent some time as a college basketball player.
He formed a new band and began to cut singles on the Jewel and N-Joy labels. The band was very popular regionally. Eventually they became known as John Fred & His Playboy Band and signed with the Paula label. After six singles that met with little success nationally, they recorded a parody of the popular Beatles' song Lucy In The Sky With Diamonds which they called Judy In Disguise [With Glasses]. A song with a snappy beat and well orchestrated, it entered the charts on December 16, 1967 and by January 20 it had supplanted another Beatles' song, Hello Goodbye, as the number one record on the U.S. charts. It remained there for two weeks.
John Fred & His Playboy Band continued doing pop songs and soul songs, recording material that had been done by Wilson Pickett, James Brown, Otis Redding and other well-known soul artists of the day. They toured through Europe, at one point playing with the supergroup Traffic in Hamburg. They recorded an album Permanently Stated that was psychedelic in nature, in keeping with the times. Before breaking up the group had one more single that was a hit regionally, Hey, Hey Bunny in 1968.
John Fred put together another group that recorded more records from 1969 to 1976, but never again had a hit that even came near the success of Judy In Disguise [With Glasses]. He went on to become vice president of RCS in Baton Rouge, where he worked as a record producer. According to band member Bill Dunnam, many members of John Fred & His Playboy Band went on to successful careers in business. John Fred has worked as a high school baseball coach.
John Fred suffered from kidney problems and died at Tulane Hospital in New Orleans on April 15, 2005.